Where Abbie’s Name Comes From

One of my favorite things about expecting was choosing a name for our daughter.  Naming a child is not only a privilege, but a huge responsibility.  You have your name for life, and it becomes part of your identity.  Like many girls, I started thinking of names as a child – after all, you have to name your Barbie characters, don’t you?

Chris and I had both boy and girl names picked out before we found out Abbie was a girl (the boy name is now up for debate again, so I’m keeping the last one to myself in case we have a boy in the future).  I wanted something with meaning, and I didn’t want a really common name, since I grew up hating being one of a million Jessicas in every school I attended.  While we did end up picking a popular name, we succeeded on one with meaning…and at least if she complains about her name in the future, I’ll be able to sympathize!

So, why did we choose Abigail Ann?

Abigail is for my grandfather, Abe.  It’s pronounced A-B rather than like Abe Lincoln, so I knew I would never use it as a boy’s name – it would get pronounced incorrectly and it would drive me crazy.  My grandfather was one of my favorite people in the world, as well as one of the strongest and kindest people I’ve ever known.  He was a Holocaust survivor, and emigrated to the United States from Poland after the war.  It meant so much to me to be able to name my daughter for him. 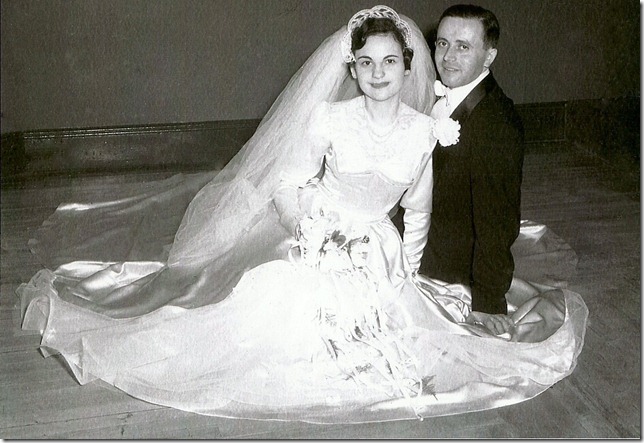 My grandparents on their wedding day, 1955 Me and Grandpa at my mom’s cousin’s wedding in the late 80s/early 90s…ignore my horrible haircut.  I still haven’t forgiven my mom for that one!

Since Abigail’s first name came from my side of the family, we looked to Chris’ family for her middle name, and it took no time to find the perfect one – Ann is my mother-in-law’s name.

Chris was really excited to use his mom’s name as Abbie’s middle name…so excited that we kept it a secret from her!  We decided on the name very early on, but kept being elusive with the middle name.  Every week on Skype his parents would ask…and we told them we were still deciding, even though we had decided pretty much as soon as we knew we were pregnant.

My mother-in-law got to the hospital shortly after Abbie was born, and Chris finally told her Abbie’s middle name.  She was really touched and I’m so glad we were able to honor her in Abbie’s name. 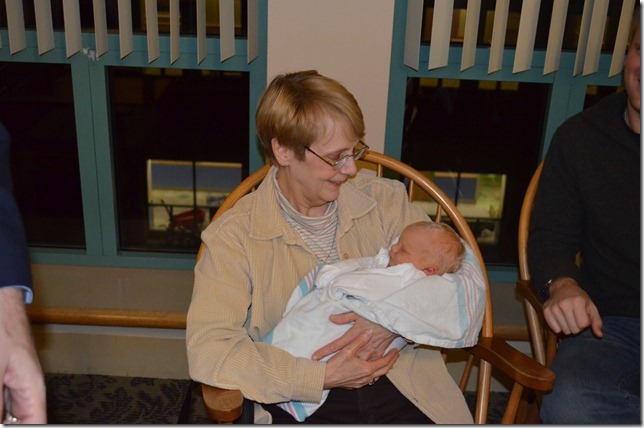 So that’s where our little girl’s name came from.  I’m so proud to have named her after two people who mean so much to us. 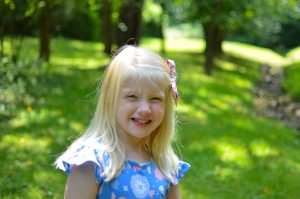 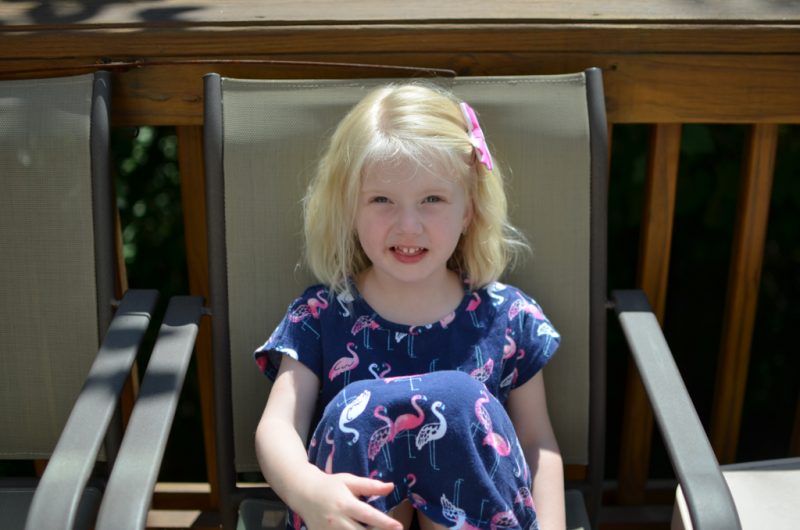 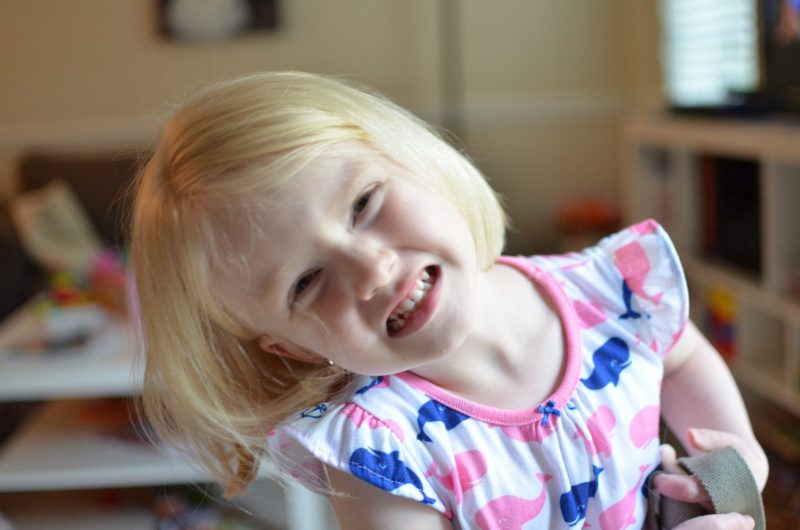