Well, the week of our office move is here. Since it’s monopolizing a lot of my time and energy, I reached out to a few of my favorite blogging moms to help me out this month! I do hope you’ll stick around and get to know them – they are some of my favorite reads and I know you’ll love them too. Today Stephanie from Wife Mommy Me is sharing her three parenting truths, which got me thinking…what would mine be?? 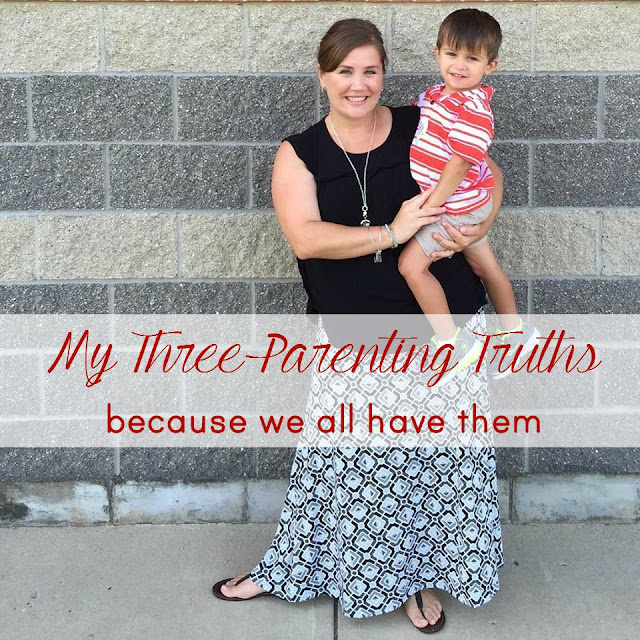 People. Moms. First time parents. Call it what you will. Regardless, I am one of those people that made profound statements of what I was and wasn’t going to do as a mother and first-time parent. And then I had a baby. And plans, ideas changed. Went out the window. Never even attempted.

I had planned to breastfeed. Well, after 28 hours of labor and a c-section that I wasn’t crazy about, the idea of being the sole feeder for Connor made my head spin. All I could think about is how I would be the only one to feed him and I wouldn’t be able to rest and recover. I know this sounds selfish, trust me, I know it does but I just didn’t have it in me to breastfeed. I know I could have pumped and James could have fed him but even this didn’t make me feel better about breastfeeding. 2 1/2 years later, it really doesn’t matter how Connor was or is feed. I’m just over the moon thrilled if he eats all of the PB&J that he demanded moments before then said “no thanks” once I handed it to him.

I had made the comment multiple times that Connor was not going to use/take a pacifier. When I received them as gifts at this baby shower, I returned them. When he was brought back from an exam and his circumcision with a paci in his mouth, I made the nurse remove it. I didn’t want him to be dependent on a paci and I didn’t want it be something I had to break him of. Enter the little Mister who likes to suck and self-soothe. He used a paci after he ate most days to help sooth acid reflux, to help settle his stomach and again when he slept. Fast forward to earlier this year. We simply took the pacifier away and no harm was had. Turns out it’s not always the end of the world when breaking a habit.

I had never heard of the term co-sleeping until I was informed that Connor and James/I are co-sleepers. This isn’t by choice, really. We weren’t blessed with a good sleeper so 3-4 nights a week (if not every single night), Connor ends up in our bed, taking up much more room than his 3 foot self needs. It’s been this way for as long as I can remember. One the nights that Connor doesn’t end up in my bed, you’ll find me rushing to his room in the morning to check on him. But as long as he sleeps when he is in our bed, then I am a-okay with him joining us. I’m one who enjoys sleep.

Connor was never once breastfed. He used a pacifier until he was well over 2. We co-sleep on a nightly basis. None of these makes me a bad mom, less of a parent. If anything, I’m doing what is best for Connor. What works for me, him and our family. James hasn’t once mentioned my failed declarations and neither has my friends and family.

The goal is to have a happy child. We have one. He has his Connorisms and I love him for each and every one of them. Even when it’s hard to. Because really in one way or another, we are all one of those parents that said we would never ever do something and find ourselves eating crow a few months into this parenting gig.

What did you swear you would never do as a parent yet found yourself doing? I know I’m not the only one so fuss up; it’s a safe space here and Jess and I won’t judge… promise! 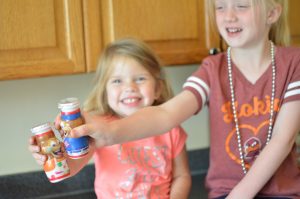