I have a habit of writing down post ideas as they come to mind and write them out later. Often they become full ideas, taking on a life of their own. Other times, they sit around in my head or on paper because I can’t seem to make them work as a post. I end up with snippets, little paragraphs of thoughts that never quite make it anywhere, but are still things I want to say.

In that spirit, I’m going to start sharing them – here’s a bit of what I’ve been thinking about lately.

A few people have asked me about preschool for Abbie, and the short answer is no, she’s not going. Public preschool in our county is mornings only, 2-3 days a week. We can’t make that work with our schedule, and private preschool would cost twice the amount we currently pay for daycare. I know Abbie’s getting lots of socialization at daycare so I don’t worry about that, but sometimes I wish she could get those educational benefits. It’s just one of those things that’s not structured for working parents like us, and there’s just no way to do it right now. Preschool, at least around here, is for stay-at-home parents. 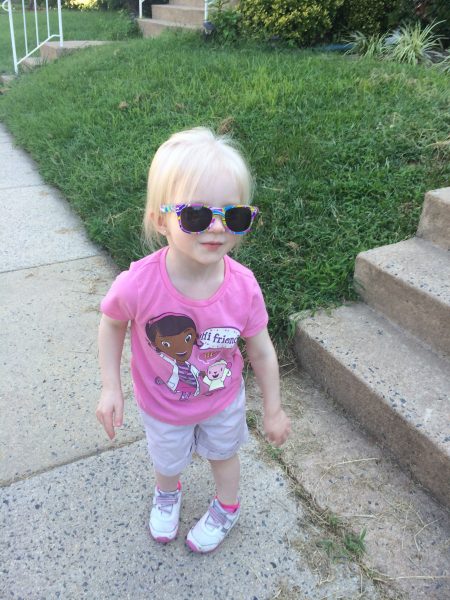 There are so many controversial topics out there nowadays that I have strong opinions on, but am afraid to write about. I know there are many that would agree with me, and many that would disagree with me, so I steer clear. I also don’t think I’m educated enough to defend my stance, so I just stay out of it, even though there are things that drive me bonkers.

I read a blog post the other week that a mom (with two kids) had changed her baby on a public changing table for the first time ever… and my first thought was, what? How did you avoid that for so long – and what’s the big deal? I’ve changed Abbie all over the place – on public changing tables, on floors, on couches, outside… that’s exactly why my diaper bag has a changing pad in it, right? I just didn’t get it.

I will never for the life of me understand how so many successful people are so hopeless at little technical things, or at relationships. It makes me thankful that even though I’m not the most successful person out there, I at least have those parts of my life together. On the same note, I will also never understand how these same successful people don’t read emails. They just pretend they don’t apply to them somehow, and they’re important emails. (Can you tell I’m a bit frustrated lately?)

I have no idea how people keep their houses clean. I tell you, I STRUGGLE with it and have zero idea how anyone (especially working parents) keeps a house clean. I make the bed energy morning, but I don’t clean the bathrooms nearly enough and the floors seriously need a good cleaning. Tell me your secrets people, because I can’t for the life of me figure this one out.

Anyone else have this issue? Any bits and pieces floating around for you? Also, would anyone be interested in me making this a link up?