A little over halfway there! To be honest, I wanted to post this right at 20 weeks, but life got in the way. So 20 weeks, 5 days it is! I also did not get a chance to take the traditional bump photo… so looking down at the bump it is. 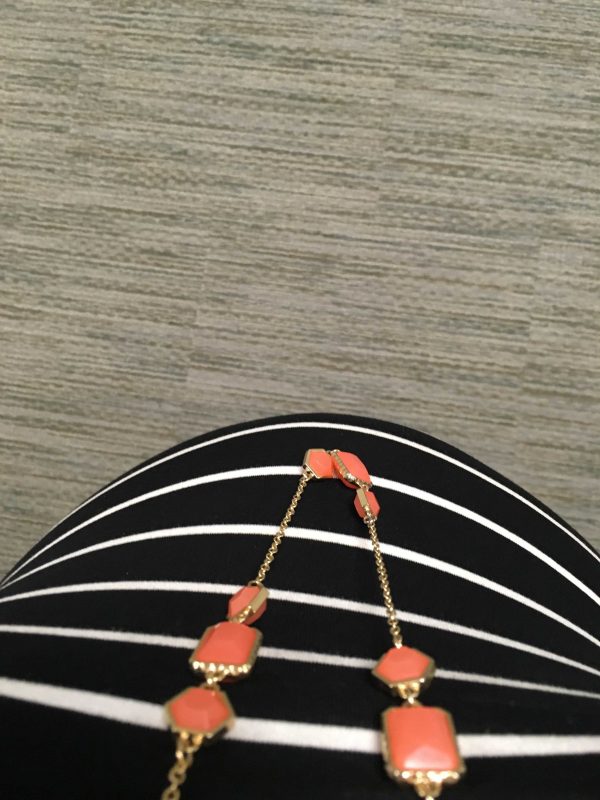 Food Aversions: Nothing, but most times I really don’t want whatever I planned for dinner.

Health/Fitness: I’m up 19 pounds already. I was keeping steady for a little while there, but it’s been going up a bit fast for the past 2 weeks or so and I need to get a handle on it. I also do not have the energy to get 10,000 steps a day anymore, so I’m sure that’s part of it.

Doc Appointments: All good – doctors are happy with my blood pressure and my weight gain – they have me as gaining less this pregnancy than with Abbie, so that’s good.

Symptoms: So tired, and I’ve got a little bit of sciatic nerve pain, so that’s no fun.

Sleep: Just give me all of it. I feel like I’m more tired now than I was first trimester, which is totally strange.

Movement? Yep! Not kicks so much, but she’s definitely moving around in there. She was moving so much at my ultrasound that the tech called her a wiggleworm.

Gender: Confirmed at our ultrasound, definitely still a girl!

Maternity Clothes: Definitely, and I need more. I just got another Stitch Fix box, so that definitely helped!

Miss Anything? Sleeping through the night…. yep, that’s a long way away!

Best Moments So Far: My ultrasound! Everything looks good so it’s the last one I’ll have this pregnancy… which is so weird to say. Now we won’t see her until she arrives!

Most Unexpected Moment So Far: Nothing in the past two weeks.

Abbie: Keeps telling me that baby sister has to get bigger to eat apples and bananas. I mean, she’s not wrong, but the things three-year-olds come up with…