A Lost Friendship and an Unanswered Question

There’s a story that I filed away a long, long time ago, unsure if I’d ever tell it. It’s of a person, and no, not an old boyfriend or a relative.

It’s the story of the best friend I lost. The person who was a dear friend to me in high school before vanishing from my life without explanation. This is the story of Jane.

Now, I’ve changed her name here just in case, but anyone that knew me in high school may know who I’m talking about. You may know her, and you may share this with her. I can’t control that, but I can change her name in my own story. I’ve also left out a few identifying details, just in case, but I know that if she read this… she’d know it was about her. 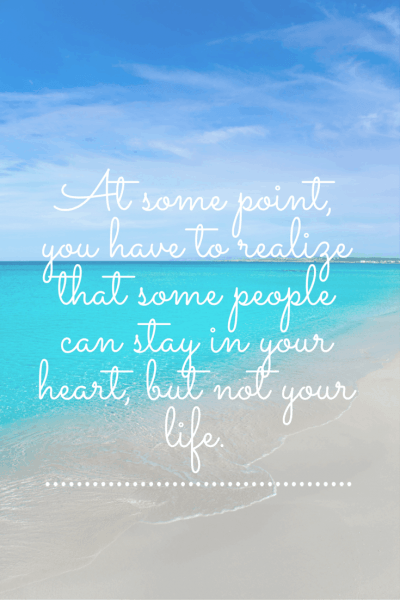 So, let’s talk about high school Jess, shall we? High school Jess went by Jessica. High school Jess… well, I was a nerd to the core. I took all the honors classes, worked hard at school, and knew the entire popular crowd even though they seemed to look at me with disdain. I was on both the newspaper and yearbook staff, so they were all nice to me for I think purely that reason. After all, they all wanted to be in those. I was also extremely awkward and so, so naive. I often wish I could go back and educate my high school self on things – I didn’t know so many basic life and pop-culture related things, and I was such an easy target for jokes. Basically, high school was a struggle. As a function of a rapidly growing school district, I ended up at a different high school than the vast majority of my middle school friends. I had no security net, three young sisters at home I was helping out with, and was nowhere near the sophistication level of my peers.

Then, all of a sudden, there was Jane, declaring herself my best friend. Suddenly, I wasn’t alone.

To be honest, I don’t really remember how we became friends so fast. I do remember her being in my 10th grade honors English class. I remember countless times hanging out at her house and the décor of her room. I remember her serious boyfriend that became part of my life too, just because he was around. I remember spending more time with her than almost anyone else in high school. I remember driving through rural Stafford County with her looking at the cornfields. I remember her pushing me out of my shell, and being by my side for countless occasions. I remember standing by her when tragedy struck her family. I can get to her old house without even thinking about it. I remember helping her find her new normal, countless sleepovers, and how she treated my sisters as her own. I remember when we both got into and chose Virginia Tech.

I remember going to orientation with her and my mom, picking our classes together, and getting ready for our future. She was in a program that required her to be there earlier than me and to live in a specific part of campus. So, in August 2002, we both arrived in Blacksburg, separately. The first week was a blur. We were both adjusting – I had roommate issues, was figuring out all my new freedom, and was terribly homesick for my family. Her program didn’t end up working out for her and she had to rearrange everything, finally ending up in a dorm fairly close to me, and we picked up where we left off.

Well, I thought we did. Where I spent my time going to class, studying, working, and beginning to get involved on campus… Jane spent a lot of time in her room. A lot of time. She had a much harder adjustment than I did, and never seemed to fully recover. She never went to class. At the end of the semester, her grades shocked me – and she was on academic probation. When we went home for the winter break, I was concerned for her, but hoped she would pull through it. I know now that she must’ve been having more serious issues than I could imagine at the time.

After winter break, we both went back to school… and she lasted about a week. At this point, she had gotten back together with her high school boyfriend and didn’t want to be so far from him… and she left. I was flabbergasted. I will never forget the day she left. I was trying to catch up to her to say goodbye when he came to get her, walking down the stairs when I fell and sprained my ankle. She didn’t turn back. She just left, and I hobbled to the health center in tears.

I should’ve known then.

Instead, I did what I always did – gave her the benefit of the doubt that maybe she had to go right then. She was like family to me. At that point, her family had moved away from Stafford and she couldn’t live with her boyfriend… so she stayed with my family while I was in Blacksburg. After all, I wasn’t there, so it wasn’t an issue for her to be in my room, and I trusted her. I talked to her often and she seemed to be doing okay, even talking about returning to Blacksburg in the fall.

Then one day, she was gone. Without a reason, without warning. My family came home one day to find her gone, along with all her belongings. Everything.

I instantly tried getting in touch with her in every way I knew how – email, calling, AIM (it was the early 2000s, after all) – nothing. I was met by silence at every turn. Eventually she let us know she had gone to where her family had moved, so we knew she was safe. At the same time, she wouldn’t talk to me. She wouldn’t tell me anything, if she was okay, what was going on. Suddenly, my best friend was gone.

It’s been that way ever since. I begged and pleaded in letters and emails for ages to know what had gone wrong, why she suddenly didn’t want my friendship, how to fix it. I only ever received one postcard in response… saying I didn’t do anything and we’d talk soon. Then more silence. As with anything that you don’t get results from, I eventually stopped trying and accepted the fact that I might never know what happened. It’s the biggest unanswered question in my life.

Looking back on it over 10 years later, I see things I didn’t then. There may have been other issues going on I didn’t know about. She may have had issues our friendship couldn’t ever fix, and she may have needed to completely cut off her old life to start over. I’ll never know.
Occasionally, Jane pops up on my “people you may know” list on Facebook. The first time she popped up, years ago, I requested her along with a message reaching out… and she declined. I’ve never tried again. From the few times she’s popped up, I see pictures of happiness – she’s married with a child at this point, and is smiling in her photos. All the things we talked about in high school have happened – we both grew up and have families now, but I always thought we’d stay in each other’s lives. I thought I would knew her husband and kids, and that she would know mine.

I also hope against hope that one day, I’ll know the answers to my questions.