A few months ago, I got a pretty exciting email – the chance to spend a weekend in Houston with the Moms Without Answers team. At that point, I was about halfway through my pregnancy, overwhelmed with everything that needed to be done for this baby, and in sore need of a weekend away. Thankfully, my husband just knew I needed it, and told me I should go before I even looked up the cost of a plane ticket.

So last month, I found myself in Reagan airport, waiting to board a flight to Houston and meet everyone for the first time. It’s a funny thing to think about, really, how the internet brings us all together – while I had never met these women before that weekend, I felt like I knew them and meeting them in person was just a formality. 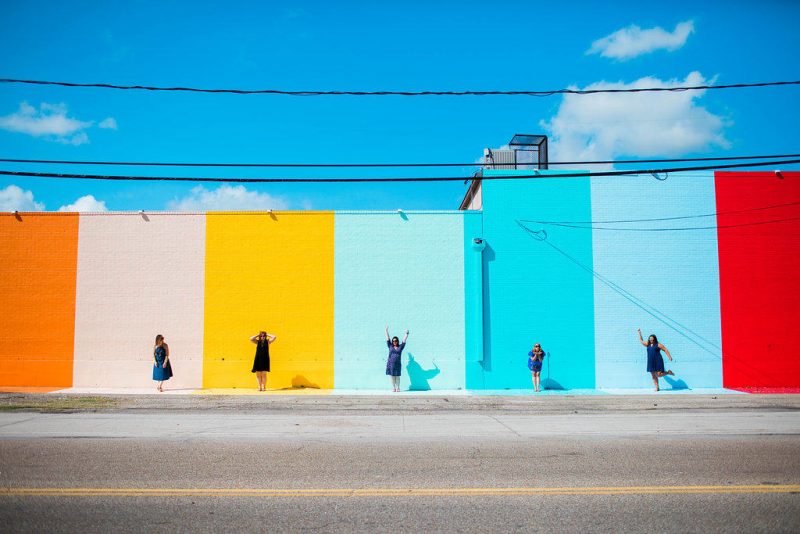 So back to July 22 – thanks to a glitch in Southwest’s computer systems a few days earlier, my flight was delayed by close to four hours. I made the best of my time in the airport, but when my plane finally arrived and I was able to board, I was so excited to be on my way. After an uneventful flight (thank goodness, because I don’t fly often and am not used it), I finally touched down in Houston and was on my way to meet Channing. I seriously wish I had taken a photo of that moment – years in the making, and it was so amazing to finally put a voice to one of my favorite people. From there we headed to our hotel – the Royal Sonesta Houston – to get ready before dinner at Harold’s in the Heights …where we failed to take a group photo. Basically the whole weekend, we took more photos of food than anything else! I wish I had taken a better photo of the view from our room – you could see so much of Houston and we were right in the center of everything.

Saturday morning started bright and early for me thanks to the one hour time difference. We met up early and headed over to the Sugar & Cloth Color Wall to take photos. You guys, the color wall is SO cool. I found myself seriously wishing we had something like it in DC, or maybe somehow making one of my own. 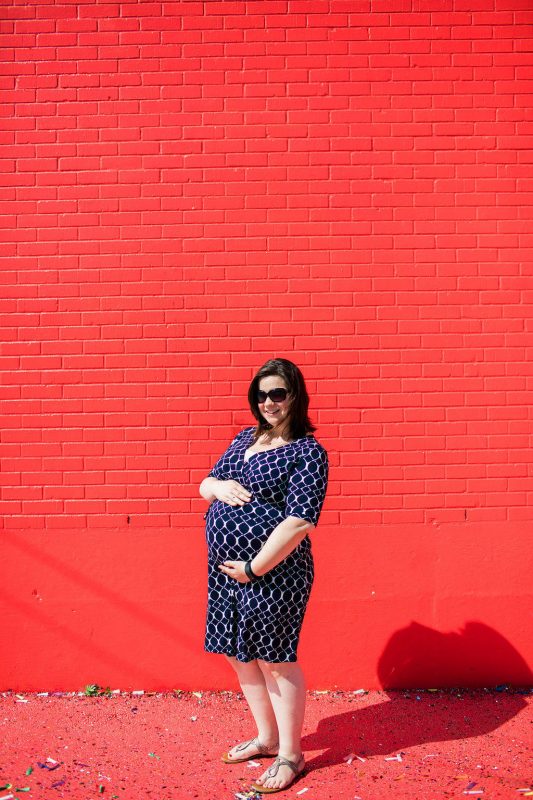 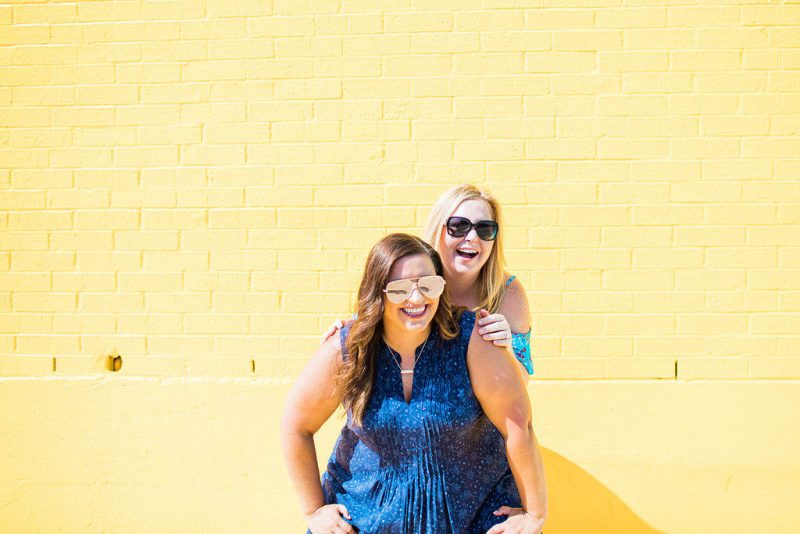 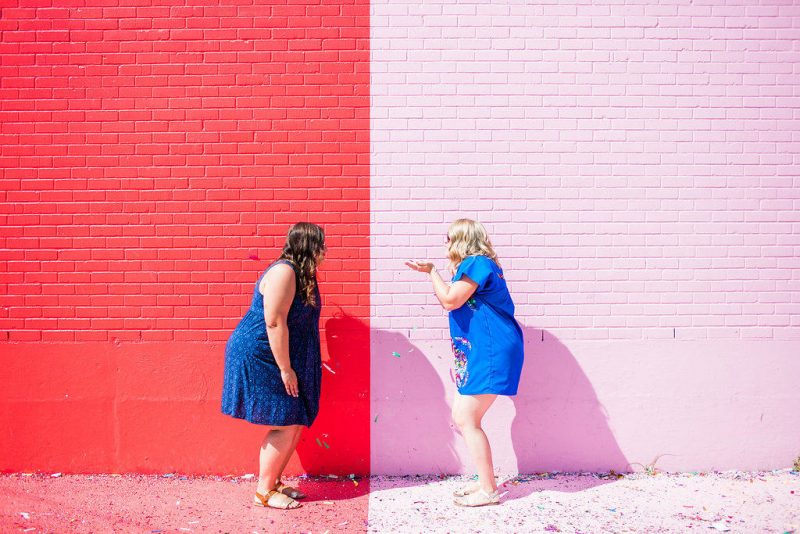 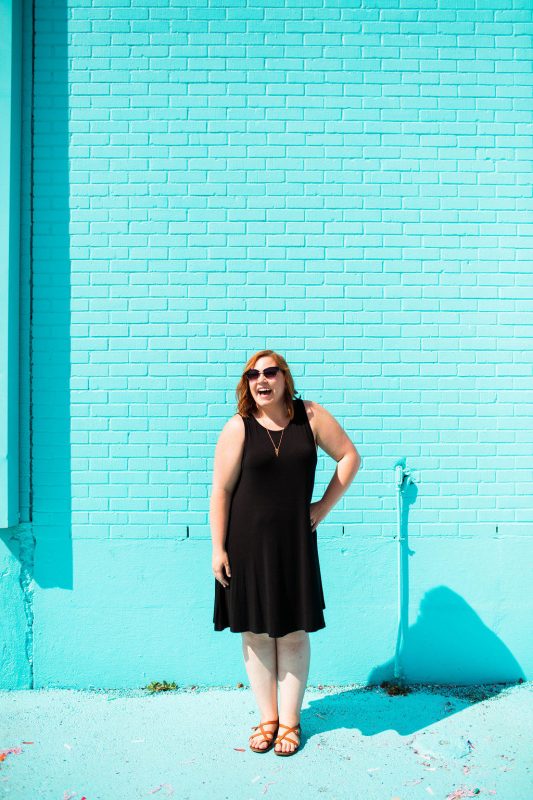 We then headed over to Tout Suite for brunch…. and I had the prettiest french toast ever. Seriously, I’ve never seen a prettier plate of french toast – and it was so good! We of course also got a bunch of macaroons while we there too – how could we not? (I told you, we mostly photos of food. Priorities.) 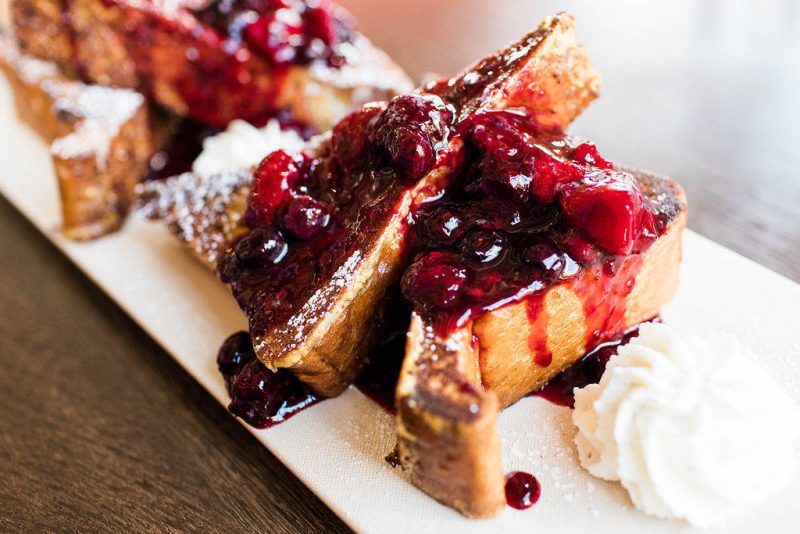 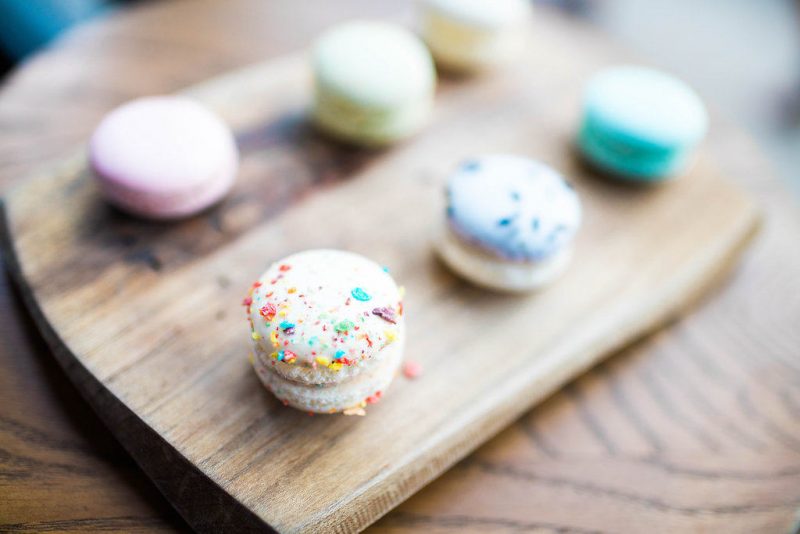 Our trip happened to fall right in the middle of the Nordstrom Anniversary sale, so that was our next stop before heading back to the hotel for some blog talk and planning time. 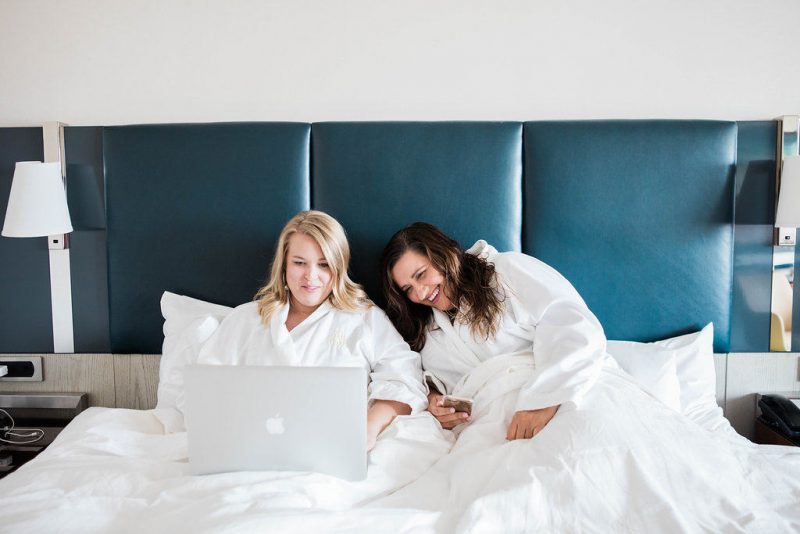 Finally, we headed out for dinner at Steak 48 and it was seriously one of the best meals I’ve ever had – and you know this pregnant mama took advantage. They even brought us a beignet tree at the end! We talked and laughed and just had the best time at dinner and hanging out afterward – I didn’t want the night to end, but eventually, it did. 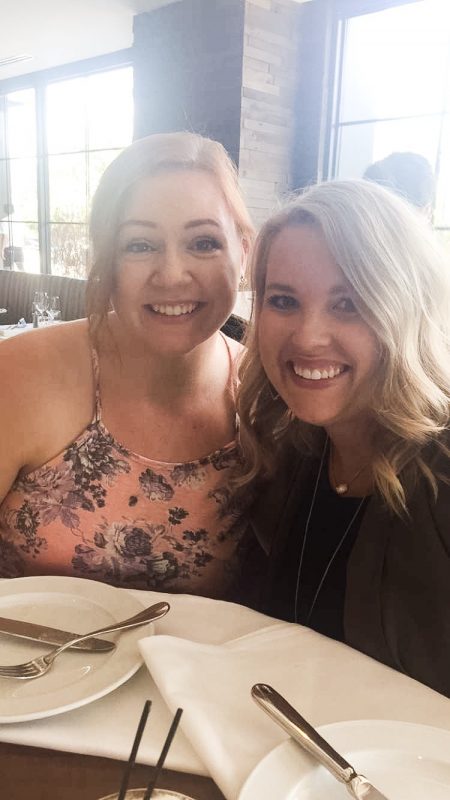 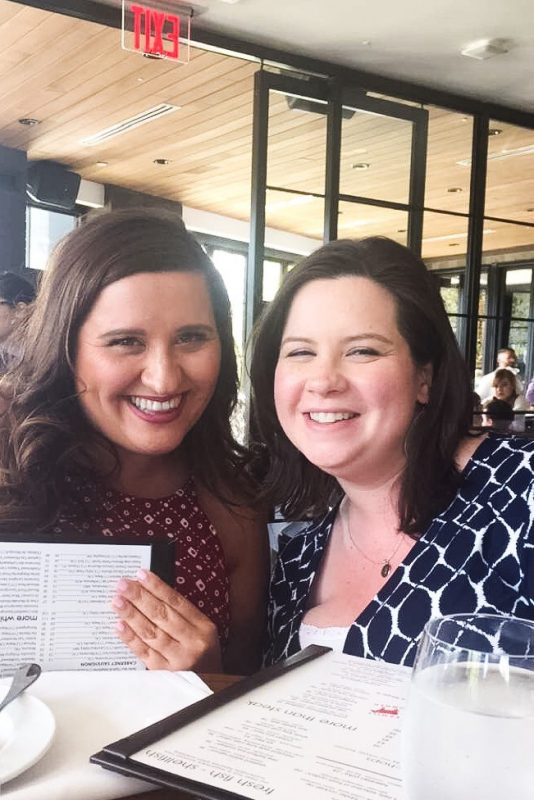 Sunday dawned way too early and all too soon, it was time to head back to the airport to head home. I was so, so sad to leave my friends, and I am insisting that next time, they come to me so I can show off northern Virginia! It was just what I needed as a break in the midst of my pregnancy, and I’m so, so thankful I went. Here’s to the next one!