So, one of my favorite things is answering random questions.  I usually try to not do it too much, but Rachael over at LUMUHAND nominated me for an award and asked me questions…so therefore I answer.  You’re supposed to nominate other bloggers to keep it going, but I don’t have the head for that this morning, to be honest with you.  Instead, I’m going to answer all the questions Rachael gave me…and if you’re so inclined, you should answer them in the comments as well!  I’d love to read your answers! 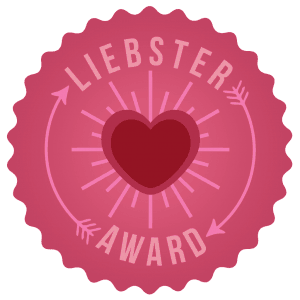 I switch around, but I always order everything skinny.  Hazelnut Macchiato, Caramel Macchiato. and Vanilla Lattes are some of my favorites.

I don’t know about strange, but my parents have told me, “the worst they can say is no.”  Its really helpful to think of when you’re scared of trying something new or asking for something – if you don’t ask, you’ll never know, and you’ll be in the same position as before.

I don’t know that I have one in particular, but I pick causes that resonate with me – autism for my little sister, the Alpha Gamma Delta foundation, children’s charities, breast cancer charities, etc.

Well, considering my name was one of the most popular of the 80s, that’s probably all it was.  They went back and forth between Jessica and Jennifer, but ultimately one of them didn’t like Jennifer (I think my Dad).  They also talked about Rebecca and Caryn (which my Dad hated because he hates when names are spelled weird).  My middle name is Lea, pronounced like Lee – my Mom didn’t like Leigh, and my Dad said Lee was a boy’s name.  So I’m Jessica Lea.

Definitely not.  Just was never my thing.

Probably the one where my very first boyfriend said “I love you” about a month in…and I didn’t.  I was like, um…thanks?

No.  I’d love to get Hokie feet someday, but I really am a wimp when it comes to needles…I can’t even look when they draw blood or put IVs in.  Thank goodness I never saw my epidural needle.

I have no idea what this means or what it’s all about…and I don’t really want to know.

Relax.  Enjoy everything you’ve worked for…and keep it up!

Every single one of Lady Antebellum’s songs.  Plus some 90s boy bands and Spice Girls thrown in for fun.

This is one of those questions you can never think of an answer to immediately, but always think of later.  Maybe that I have a bad habit of saying things before I speak?