Today I’m jumping in with Stephanie and talking about something sensitive – sharing faith with my daughter. I would venture to say that for most people, this is pretty straightforward – teaching them what you believe, going to church, doing Sunday school, etc. For my family, it isn’t quite that easy… because Abbie has two religions to learn about. I’m Jewish, and Chris is Catholic. Abbie is both. We’re an Interfaith family. 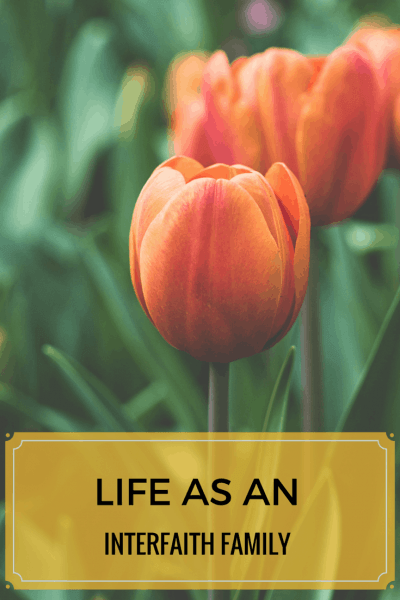 This confuses some people. People are generally used to categorizing your family in one religion, and we don’t fit that mold. We never will. I have no plans to convert, and neither does Chris. Abbie will learn about both our religions as she grows and will be free to choose what she believes once she’s old enough. For me, this is normal – it’s actually the way I grew up as well.  My mom is Jewish, but when she married my dad, they chose to bring up my sisters and I with both their traditions.  In addition, my Nana lived with us for a while and had many visits from the Jehovah’s Witnesses (and my cousin now is one).  So I learned a lot of different things. 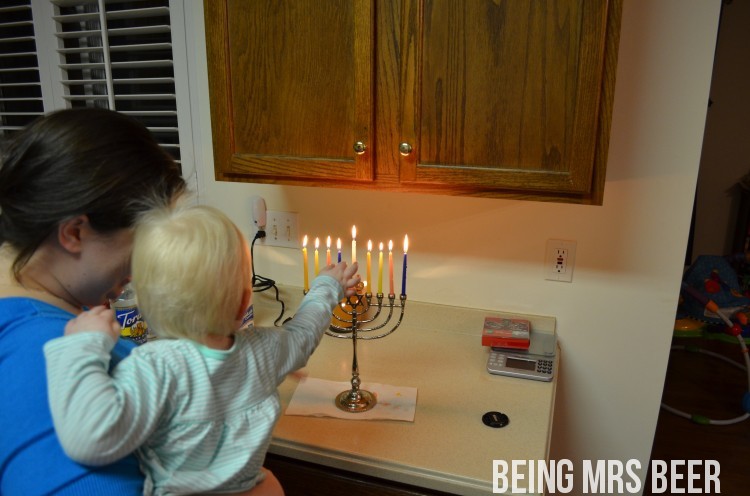 And one day, as if it had always been there, I knew what I believed.  I had the freedom of choice, and because of that I have a strong emotional connection to my faith.  I’m not sure I would have had I just grown up doing whatever my parents did.  Obviously, there’s no way I’ll ever know differently, but I want that for Abbie. I want it to be her choice on what she believes.

So we’re an interfaith family.  It’s different, yes, but it works for us.  Abbie’s been to chuch with Chris and my in-laws, and she was baptized about a month after she was born.  We celebrate Jewish traditions and foods with her at home and with friends, and when she’s older, we’ll tell her all about her namesake, my grandfather.  As she grows, she’ll learn why her family is different and special, and that no matter what she chooses when she’s an adult, we’ll love her just the same.

We just want her to be a good, kind person…and isn’t that the goal of it all?  It’s what we all want for our children – for them to grow up in a loving home, to have values and morals.  To be kind and to be there for others, and to be strong, independent people who think for themselves and make their own choices.  She’ll get that from both our religions, so I think she’s a pretty lucky girl.

If any of you have questions about this, I’m happy to answer.  I realize it’s a little unconventional to be an interfaith family (even though I grew up with it).  I’ll try my best to explain.  We’re not overly religious, but it is a part of our lives.  If you’re curious, a great resource for Interfaith Families is interfaithfamily.com.