Wednesday already. You guys, it’s been a weird and busy few weeks, so it’s about time I did a little bit of a life update. So here’s what’s been going on lately…

Mother’s Day was simple this year, just the way I like it. Chris and Abbie did spoil me though – my gift was having the house deep cleaned. I really love how clean my kitchen and bathrooms are right now because of it (seriously, probably cleaner than when we moved in), but I’m not sure I’d do it more than once a year. I’m just not sure it’s worth the money, you know?

My sister Melanie graduated from George Mason University last week, and I’m so proud of her. She and I are exactly 10 years apart in school, so that also means I graduated from college 10 years ago. So weird. She’s now looking for a full-time position and I just hope she works hard and makes good decisions – decisions for herself and not what someone else wants her to do. She and I didn’t always have the best relationship, but she’s really grown up in the past four years and I’m so happy with where our relationship is now. With the big age difference, it was hard to relate to each other for a long time, but now we’re getting to the point that we can. 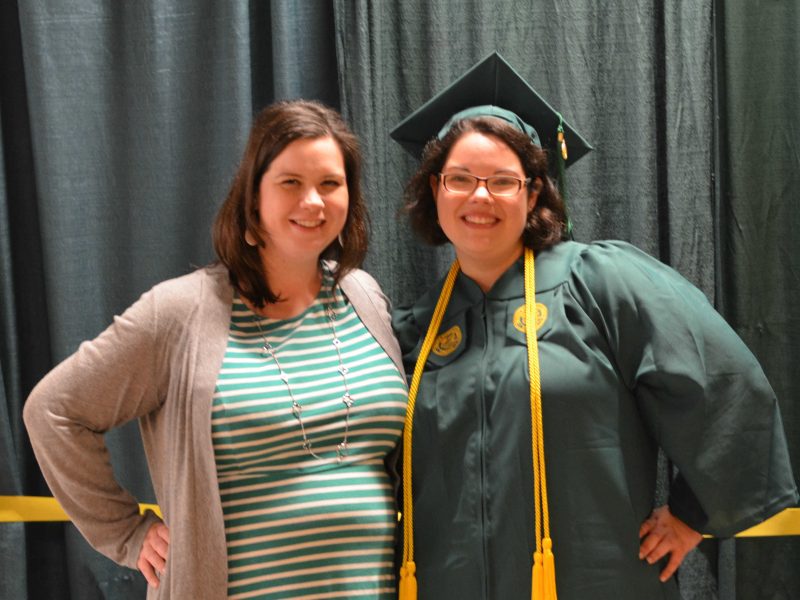 My youngest sister, Andrea, has officially finished her freshman year at Virginia Tech and is home for the summer. While we were at Melanie’s graduation, it hit me that when Andrea graduates from college, Abbie will be in kindergarten and this new little girl will be 2.5 years old.

We have finally had potty training success, and I would say Abbie is about 90-95% potty trained at this point. As predicted, our daycare provider had the first few breakthroughs, but we’ve been able to keep her going at home. I’m so proud of her and so excited to have a break from diapers for a few months! Chris wrote a post for me about his perspective on potty training, so look for that this week or next!

Speaking of Abbie, she battled a round of Hand, Foot, and Mouth disease last week. She had a random fever Monday night and Tuesday night that went away before spots started appearing on Wednesday. We didn’t even confirm she had it until Friday, and by that point, she was cleared to go back to daycare on Monday. I think she was just happy to have extra video game time, to be honest – it didn’t even seem to bother her at all.

Chris’ car finally bit the dust about 3 weeks ago. It was 10 years old and had 115,000 miles on it… but it was still bittersweet to see it go. We opted to go the new car route to replace it (the payments were close to the same because of all the new car rebates), so Chris ended up with a 2016 Escape and loves it. I love that he’s happy and I don’t have the constant source of worry about his car… but I don’t love that we now have two car payments again. Oh, adulthood.

I finally finished watching all seven seasons of Gilmore Girls. I watched the first two seasons live before I left for college, then wasn’t able to keep up since we didn’t have the WB in Blacksburg (the days before DVR, huh?). Now that I’ve finished, I’m even more excited about the reboot… since it’s rumored that it’ll be coming out this fall while I’m on maternity leave! How perfect is that? Baby girl is getting indoctrinated early.

That’s what’s happening in our world lately… how about yours?