Today I’m happy to continue my home series with a familiar face – Jessica from Jessica Lynn Writes!  She’s graced my blog before, which is of course evidence of how awesome she is!  Jess and her sweet family live in Georgia right now, and I’m determined to have a real life meeting at some point since we’re both on the east coast…want to make a trip to DC, Jess?  Anyway, she’s here today to talk about military moves – enjoy!

I’m so excited that Jess is moving into her new home—it’s such an exciting time! My name is also Jess, and I blog over at Jessica Lynn Writes. My daughter and I are currently holding down the fort while my husband is off playing in the sandbox (he’s deployed right now). As a military family, moving is part of our lifestyle, so I’m excited to share a peek into what a military move is like. 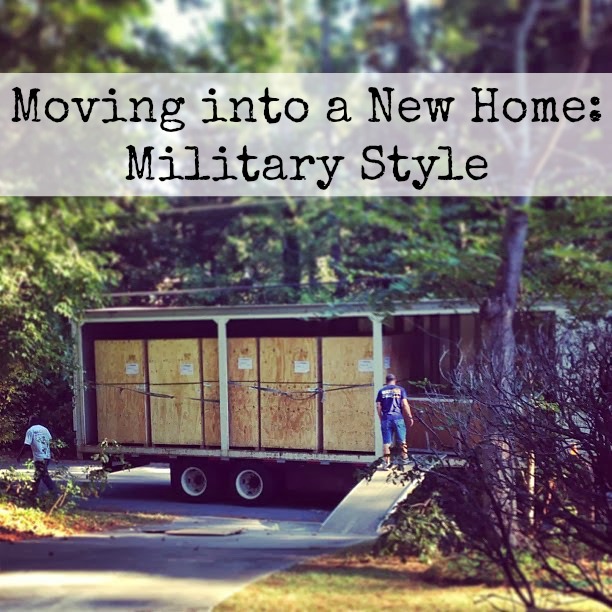 I’ve packed up and moved homes three times so far in my adult life (much less than some people, I know), and I absolutely love it. I get such a rush from moving that I’m already excited and counting down the days/years until we’ll move again. (Moving in college doesn’t count in my tally, because my mantra back then was to stuff as much of my life as I could into garbage bags and then squish everything into my car).

Granted, I have to be honest, the moves we do are a little bit different from most, because they’re military moves. Basically, every few years the military sends us packing and onto a new location. So far we’ve lived in Georgia and Italy (and then back to Georgia again). With a military move, you have the option to basically do the move yourself (and they’ll reimburse you), or a moving company (contracted out by the military) will move your stuff for you.

You read that right! They’ll come in literally pack up everything you own, put it in a truck (and then a boat if you’re moving overseas), and move it to your new location. Personally, after going this route, I don’t think I could ever move on our own again. When I say that they come in and move everything, I literally mean everything. They warn you to empty out your trash (unless you want to open an extremely stinky box later) and to make sure your pets are in a safe location (you don’t want Fido jumping into a box accidentally)!

I was completely baffled by the whole “they’ll move everything for you” ordeal, so I actually recorded a few videos during our move from America to Italy in case someone else was in the same position (plus I thought it would be cool to look at later).

(The first video is pretty long, but it just shows our house before they go there—then, five minutes in it shows what the beginning stages of packing looked like.)

So that’s basically what happens when you move out. When you arrive at the new place, the movers will also unpack everything for you if you want. I actually don’t know of anyone who’s had them unpack their boxes for them, but the movers are supposed to put together any furniture before they leave.

Unpacking is my favorite part. It’s like Christmas with all the paper, boxes, and stuff that you haven’t seen in months. Supposedly the movers will come back and pick everything up, but we usually pass as much as we can along to other people who are doing their own moves and need packing material.

I bet you want to see what unpacking looks like, don’t you? 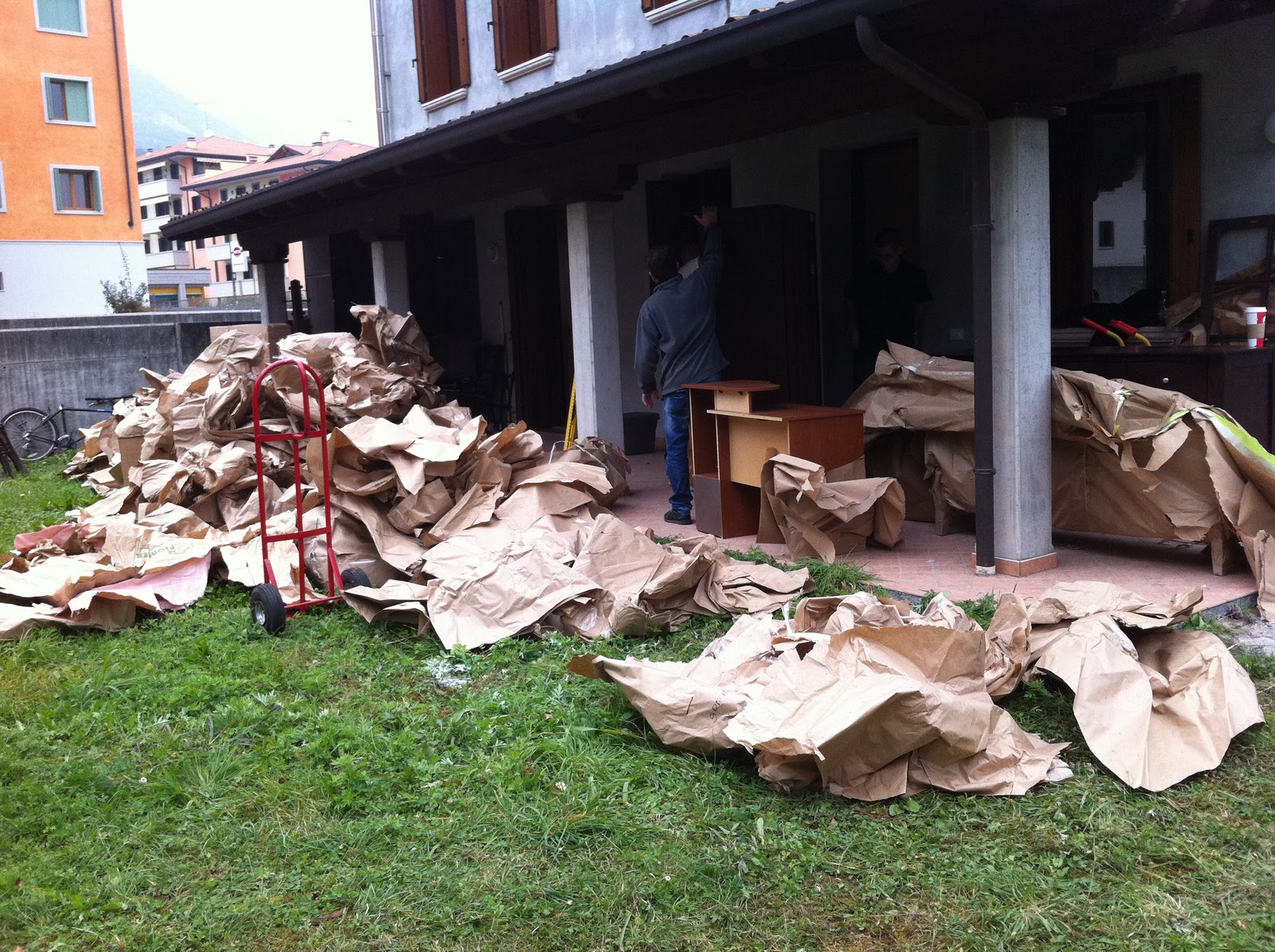 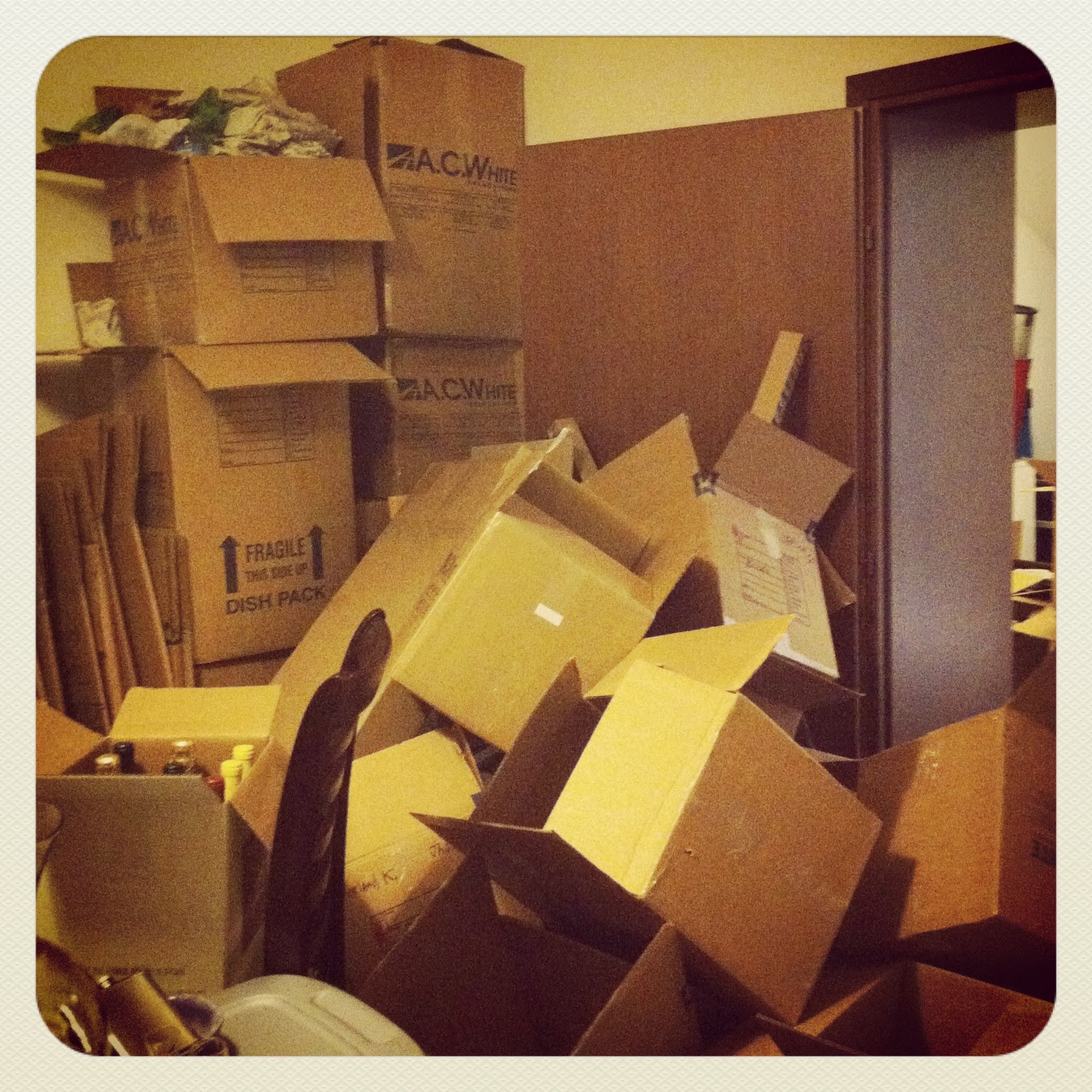 So. Much. Paper. And empty boxes in a pile taller than I am! Those pictures were from our Italian home.

And this is what our house looks like after all of the boxes are unpacked:

(This short clip is from our Georgia house—same house in the videos above, but we actually remodeled a bit with new floors and painted the ugly brown trim before we moved back in.)

That’s the very short version of a military move. If you’re interested in the longer story, I have a lot more posts that you can read here, and I’m always up for answering questions. You can also keep up with other things I write about on my blog and/or Facebook page! Hope to see you around!