Spring in Bloom at King’s Dominion

Disclosure: This post is sponsored by Cedar Fair Entertainment Company in conjunction with Blog Meets Brand, and I have been compensated for my participation. All opinions are my own.

Growing up, my family didn’t take a lot of vacations over the summer, but one thing we always did was take several trips to King’s Dominion. Since it’s only about a 45 minute ride from my parents’ house, there was a period of time when my sisters were young that we went a lot and even had season passes. It’s somewhere I’ve always known I would take Abbie once she was big enough – a big part of my childhood to pass on to her. 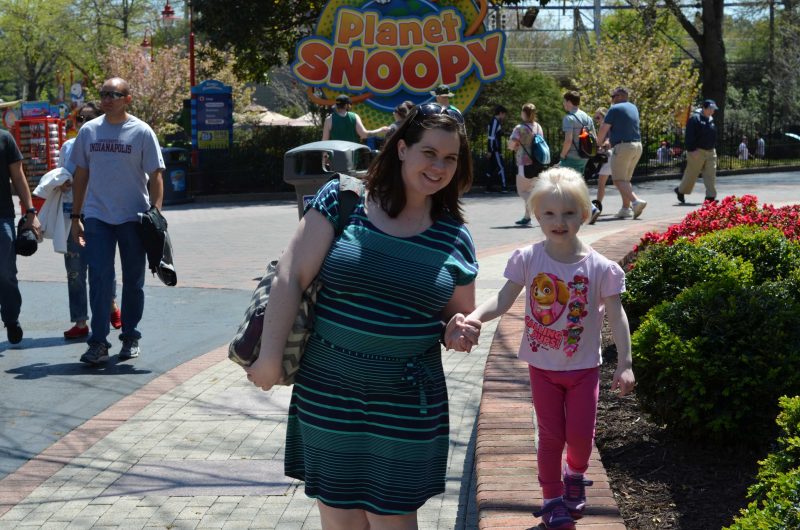 We got the opportunity to head down this past weekend for the opening of the Spring Bloom Festival, and I was so excited to go. It’s been years since I’ve been, so I was ready to walk around the park and  introduce Abbie to the rides. 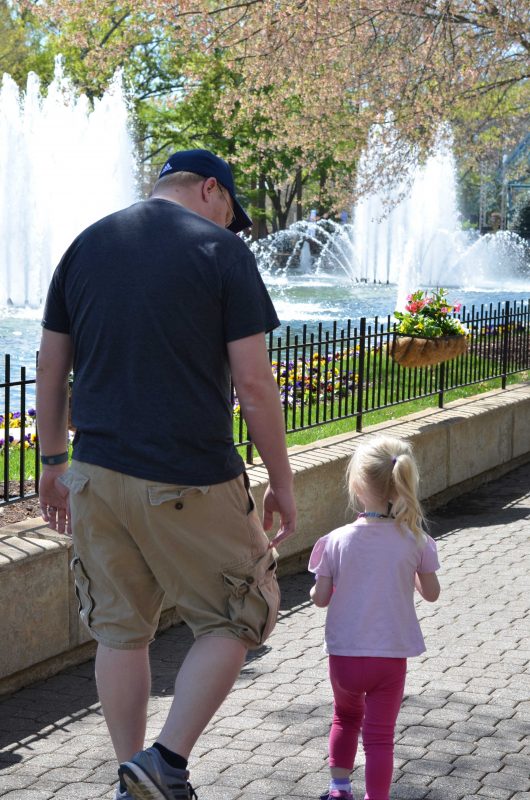 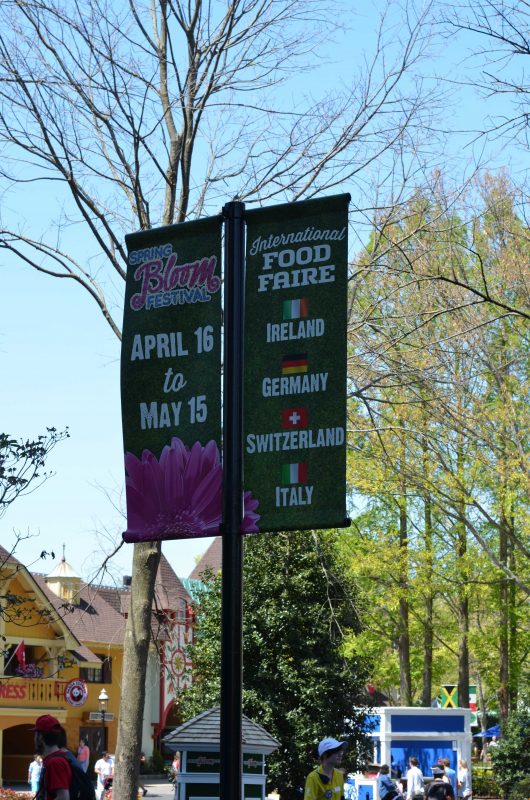 We headed down there on Sunday morning, and I wasn’t sure how Abbie would react since she’d never been to an amusement park before. We slathered on sunscreen and headed into the park – and she just took it all in. 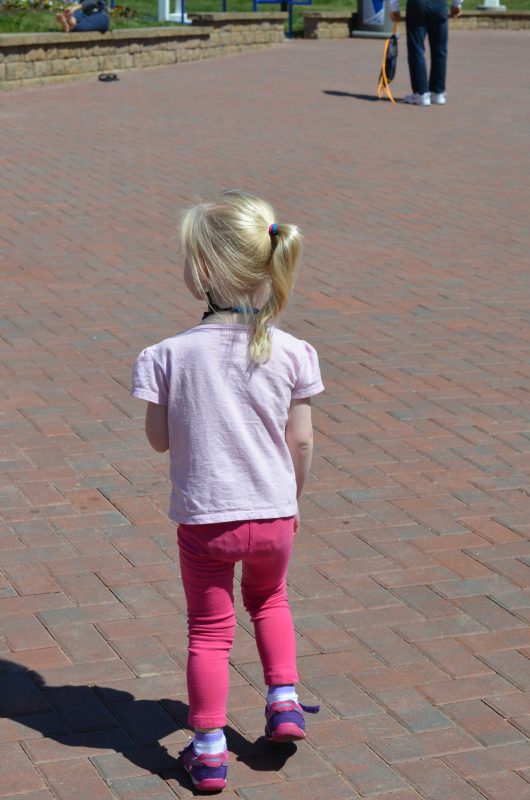 The park was all decked out for the Spring Bloom Festival, which began on the 16th and runs Saturdays and Sundays through May 15th. There were flowers everywhere, and as we walked in, a band was playing and Abbie took that opportunity to dance. 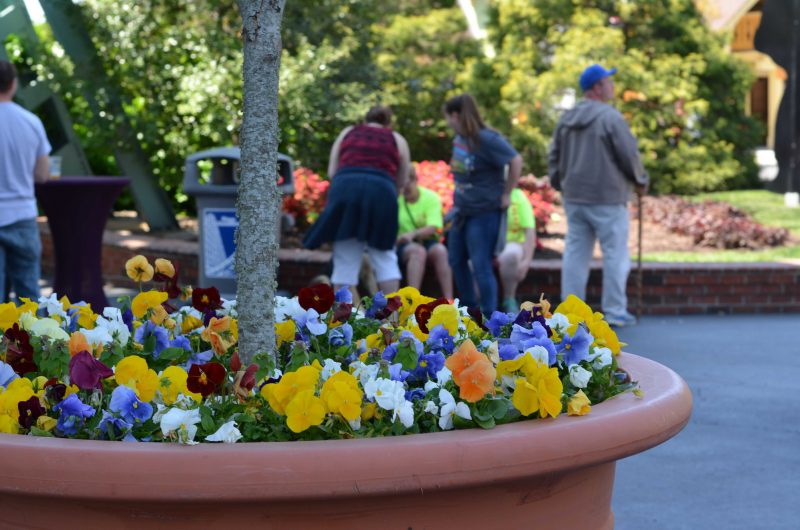 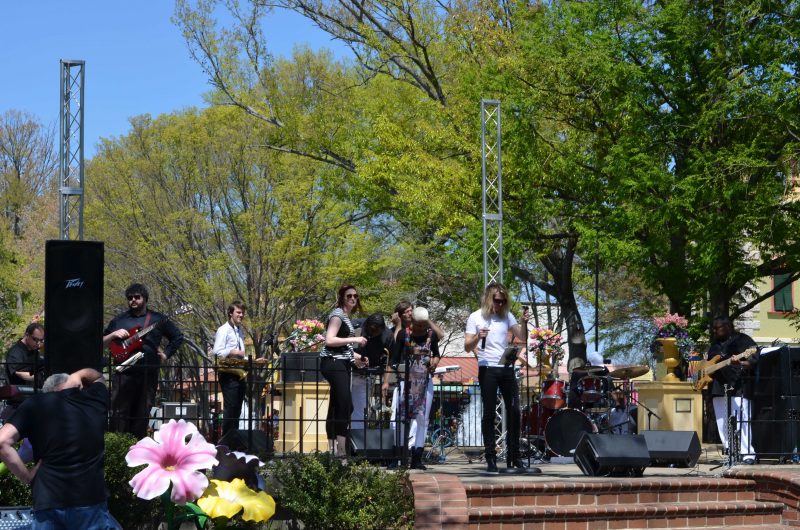 From there, we walked the whole park, introducing Abbie to rides along the way. She got to ride in the front with Chris on the Old Virginia Railway, take a few solo rides in planet Snoopy, and meet a fairy princess. 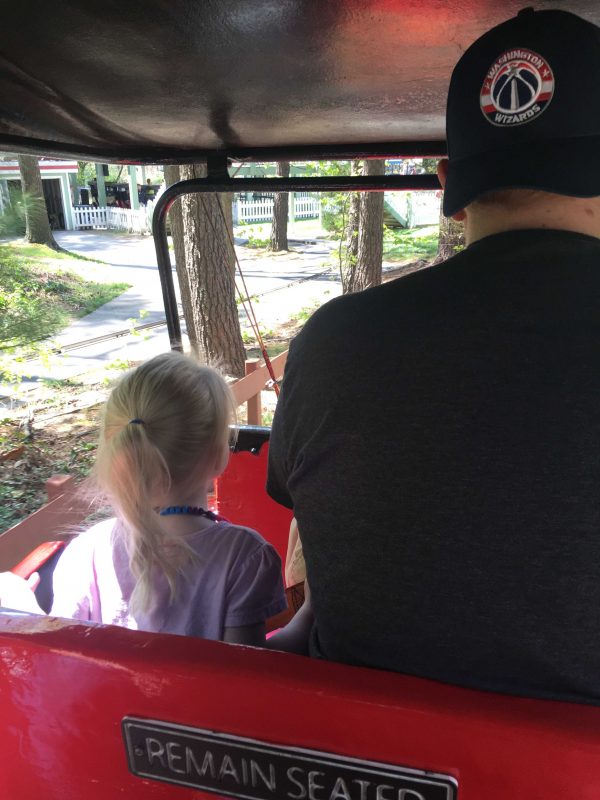 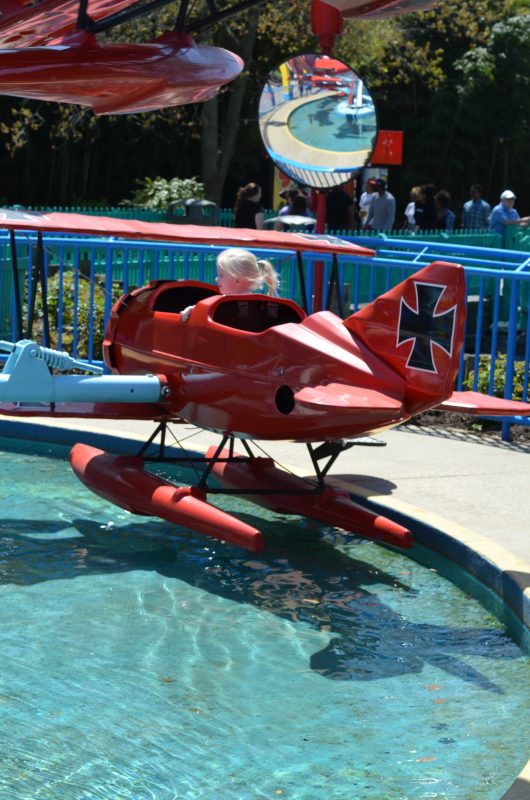 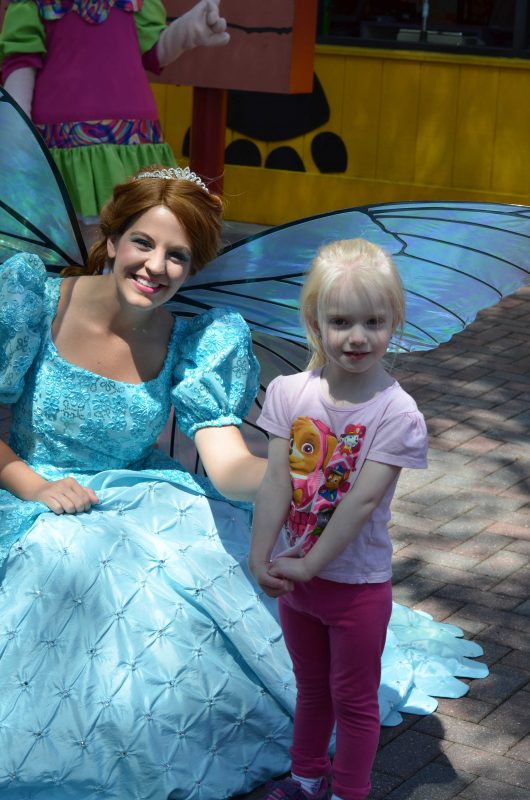 All that walking worked up an appetite, so we headed over to check out the food at the Spring Bloom Festival. For the festival, Chef Paul focused on food from around the world made with local ingredients. We’re big fans of eating local, so I loved that twist on the international options. There were four stations – Germany, Ireland, Italy, and Switzerland. I split the Macaroni and Cheese from the Switzerland station with Abbie – I loved the bits of bacon in it – Chris and my sister had the Black Forest Ham and Havarti on a pretzel bun. They also sampled the drink pairing – a pilsner from a local Richmond brewery and a Reisling from Germany. I smelled them and pretended I could drink them. 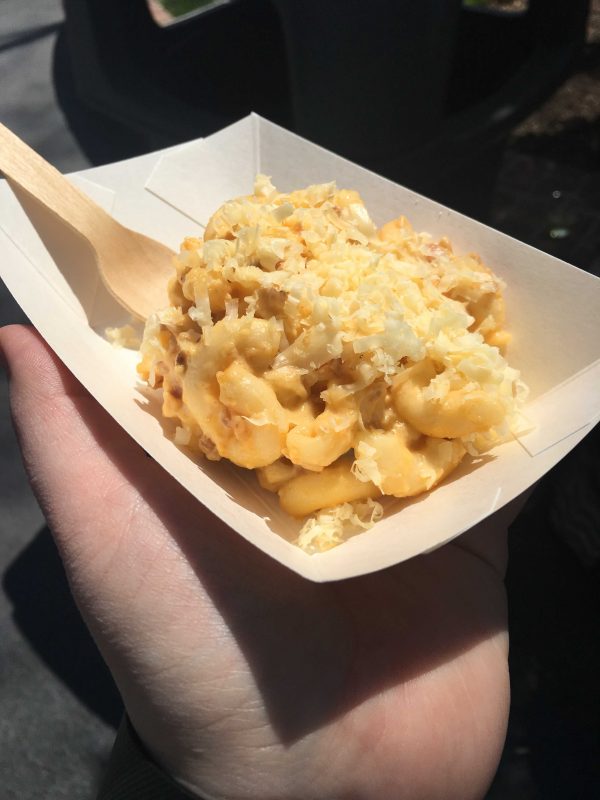 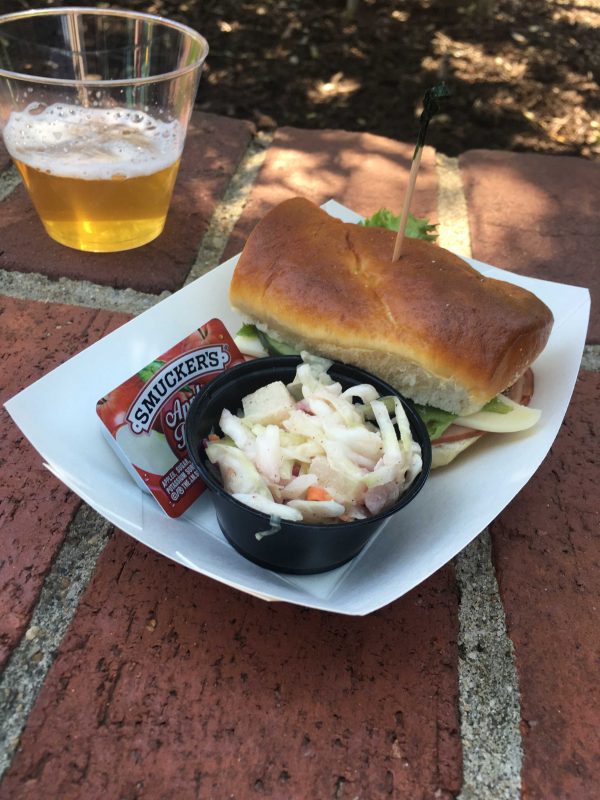 After that, we were all set to head over to some of the kids’ activity workshops, but Abbie was having none of it – she’s just not patient enough yet! They had a Lowes build & grow workshop, flower pot decorating, and a petting zoo – so much fun for the kids! I loved bringing Abbie to King’s Dominion and am so looking forward to seeing her excitement as she gets older and goes more often. There are more festivals coming up this year, and I really hope I’m able to bring her a lot this year, especially once the water park opens! 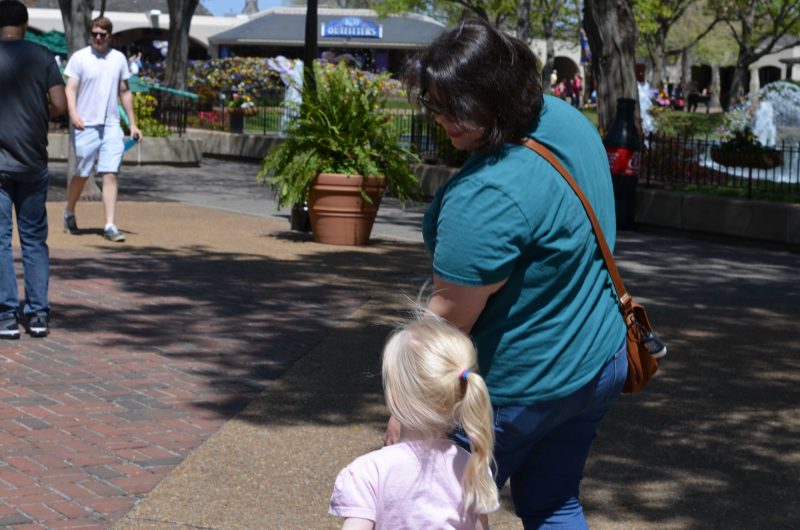 If you’re thinking of heading down to the Spring Bloom Festival, I highly recommend it! We had a great time, the park was not crowded at all despite it being the weekend, and I loved the food. It runs until May 15th, but if you miss it, there are more coming up, including  the Memorial Weekend Salute (5/28-5/30), Star Spangled Celebration (7/2-7/4), KidsFest (7/16-7/24), BBQ and Brewfest (8/6-8/21), and Great Pumpkin Festival (9/19-10/30). I’m hoping we get to hit at least a few of them before baby number two arrives this fall – I think it’s so important to make the most of this time with Abbie before so much changes for her.

Have you been to King’s Dominion?