There are a few people pregnant in my office. Obviously since I’ve been through pregnancy, they tend to ask me things, which I don’t mind at all. What inevitably happens next is the questions for me – when are we going to have number two?

It hasn’t been a secret that Chris and I want another baby sometime soon. I have several friends that are “one and done,” and while that’s amazing for them, I know it’s not us. I know the window of us starting to try for another baby is fast approaching, and to be honest, I’m a little scared. 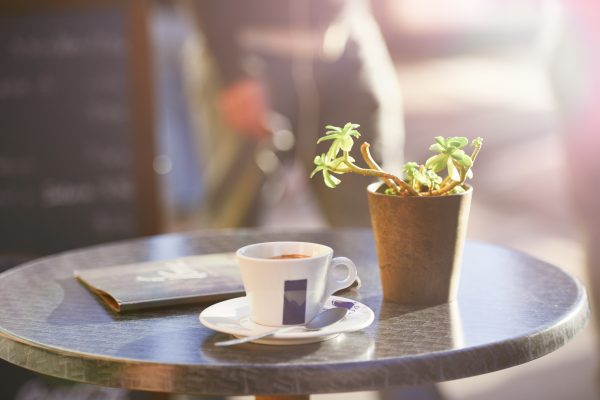 Maybe scared isn’t the right word. Nervous, maybe? I’m not sure I’m ready to go through all of it again, not just yet. Please don’t think I’m saying I don’t like pregnancy – it isn’t that. I feel blessed I have (so far) been able to conceive and had a fairly easy pregnancy with Abbie. I remember those first little kicks and how it felt to meet her for the first time. That part – truly amazing. What makes me nervous is the other parts – most of all, sharing my body again.

I hate the way that sounds, because it sounds super selfish. I’m not a selfish person by nature, so I really struggle with putting myself first. But when you’re pregnant and nursing… your body isn’t yours. You’re sharing it with another person, and that means you can’t always do the things you want to do for yourself. For me, that thing is losing weight. After all, when you’re pregnant, you’re supposed to gain weight.

I think I did pretty well with my pregnancy with Abbie, gaining 36 pounds. That weight came off pretty quickly, and since then I’ve been working on the other weight, the weight I’ve been trying for years to lose. For the first time in a long time, it’s actually working – the scale has been consistently going down. I feel motivated. I feel proud of what I’m accomplishing. It’s slow, but it’s progress. That’s what I’m nervous about – putting a stop to all of that. I’m nervous about those numbers.

For a long time, I was over 200 pounds. When we got pregnant with Abbie, I was 211 pounds. I worked my butt off (literally, ha) to get under 200 pounds for a long time. I’ve finally gotten to a point that I’m under it with a little bit of a cushion, but it’s a little bit of comfort. I’m at the point that a bad week won’t put me there, but it’s as if I can still see it, hovering. Like when you pass something driving, but you can still see it in your rearview mirror. I’m trying to get it out of view, but I’m not quite there yet.

That puts me at my dilemma. Using 36 pounds as my estimate, that puts me over 200 again for a pregnancy. It’s something I don’t want. It’s unhealthy for me, unhealthy for a baby, and just plain would make me feel horrible to see that number again. I don’t want to see it. Once I got under that number, I never wanted to see it again. Anyone out there that has battled that milestone may understand… you just want it far, far away from you.

That brings me to the hardest part – do I really want to put off living my life and growing my family over a number that really only bothers me? After all, I could lose the weight afterward, right? I want to give Abbie a sibling, but I’m really having a hard time reconciling this number in my head, and our planned window of time for trying for number two is getting closer and closer. It’s creeping up on me before I feel completely ready – I feel emotionally, but not physically ready. Does that make sense?

I wanted to be all the way there when we tried for number two. I really thought when Abbie was born that I had plenty of time to get there, but it’s been a slower journey than I planned (always is, right?). Plus, there’s the fact that you just never know how long it’ll take to get pregnant – it could happen right away, or it could take months. Once we officially start trying, I could get pregnant immediately, or I could have a few months to continue getting healthier. There’s just no way to know.

So that’s where my head is lately on baby number two. I don’t know if I’m crazy, selfish, scared, nervous… I just don’t. But I’m not ready just yet. I’m hoping the next few months will change that.