This Weekend Was a Doozy.

What is it with me and having crazy weekends?  This one was so busy, I’m already looking forward to next weekend since we actually have NOTHING planned!

This one was busy.  It actually started early Friday afternoon when our daycare provider texted me this picture. 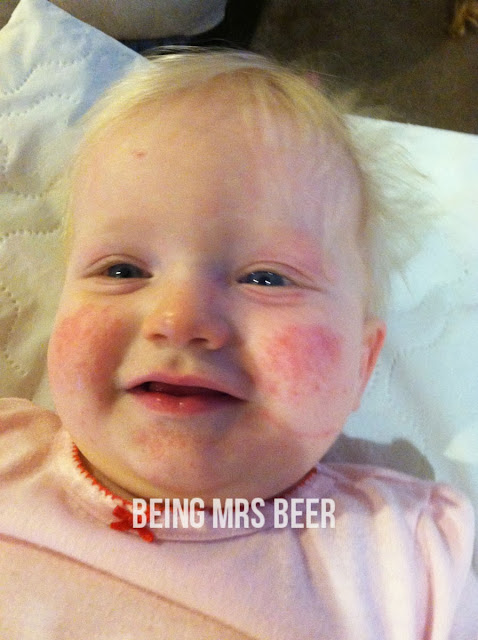 Abbie had actually started to develop this rash earlier in the week, and I kept hoping it would go away on it’s own.  When she sent me this and told me Abbie was scratching at it, I knew I had to get her to the doctor!  I left work at 2:15 and luckily got an appointment for Abbie at 2:50.

The plus of going to the doctor unplanned is finding out how much she weighs – she’s up to 22 pounds!  The downside?  She’s now scared of the doctor.  I’m glad we don’t have to go that often!

The verdict?  The doctor thinks she just has really sensitive skin and it’s flaring up because of the weather, and that maybe she had a little bit of contact dermatitis.  We’re slathering Abbie with Aquaphor every chance we get, and I’m changing her sheets and washing her lovey frequently.  It’s getting a little better, but still not clear.  I also picked up some benedryl cream, just in case it was an allergic reaction to something.  I can’t wait for it to go away!

Saturday I was up early to head to the Femworking Conference!  Kelley of Femworking and Nicole of Tiny Steps Mommy put this together in only three months – but you never would have known that.  It was a great conference – I learned so much and met a lot of people.  If you’re ever thinking of going to a blog conference, do it.  This one was perfect since it was capped at 130 attendees.  It was just enough to do some networking without being too overwhelming.

After the conference, I went out to dinner with a few of the ladies, then headed home.  There was a cocktail party that night, but I wanted to be home to put Abbie to bed since I hadn’t seen her all day.  She and Chris had a great Daddy-daughter day, sending me this picture in the afternoon, that of course just made me miss them! 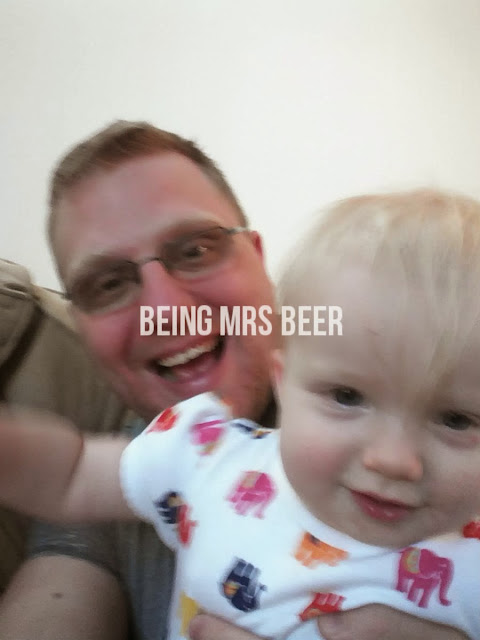 Sunday morning I spent making a cake for a secret bridal shower this week – chocolate chip with chocolate frosting.  I did also manage to catch a few pictures of Abbie staring out the window… 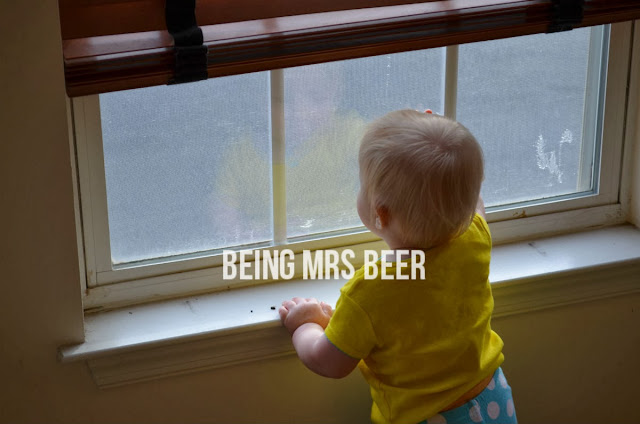 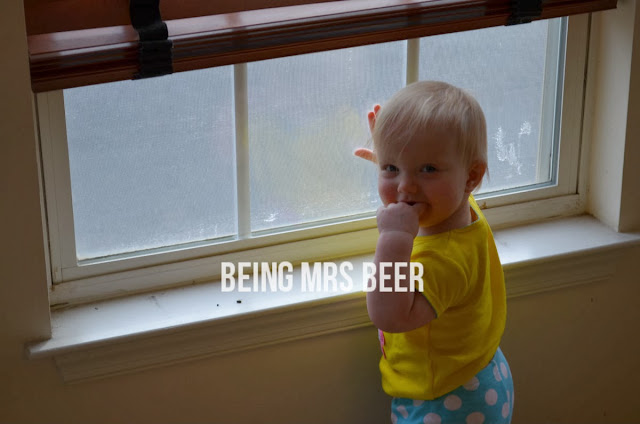 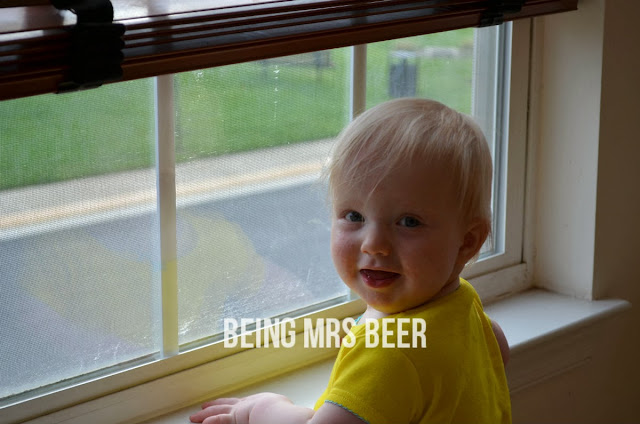 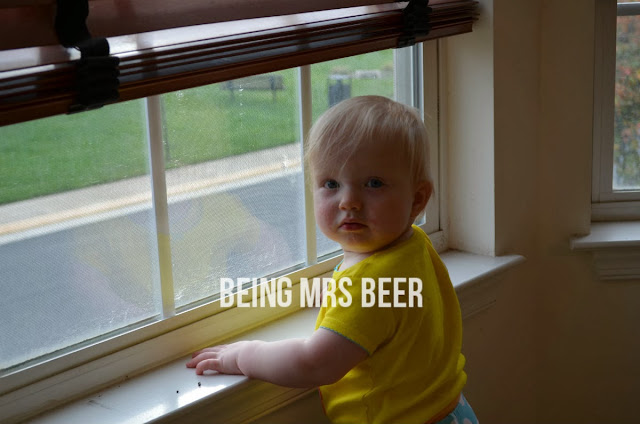 And one of our cats curled up on a pillow.  Sometimes the cats are almost as cute as Abbie…almost. 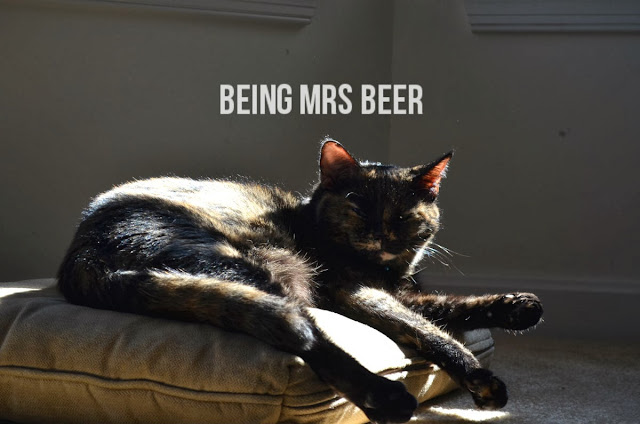 After Abbie’s nap, we talked to Chris’ parents, then got ready to head to my parents’ house for my belated birthday celebration.  Of course, the craziness of the weekend continued.  We needed to take Chris’ car, so we switched them around…and I got into a fight with a fire hydrant.  The fire hydrant won. 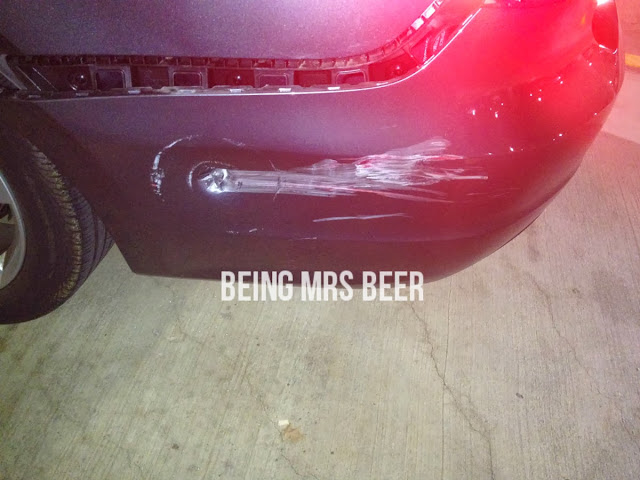 I know it could be a lot worse, but it’s so frustrating and embarrassing.  Seriously, who backs into a fire hydrant?  Oh yeah, ME.  I’m getting an estimate done today and hopefully it won’t take too long to fix – it’s just the bumper.  I’m glad Abbie wasn’t in the car, and that it wasn’t worse.

It was good to see my family after that…definitely needed to feel a little better about my silly little accident.  Abbie of course, loves to play with her aunts and the toys we keep there.  She also took a few steps going from couch to couch and toy to toy…I tried to catch it on video but missed it every time! 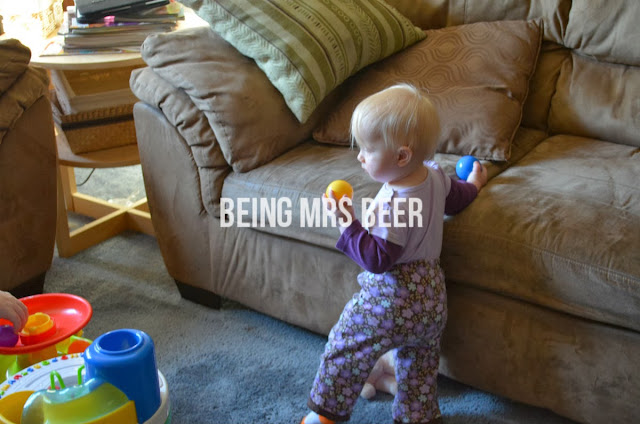 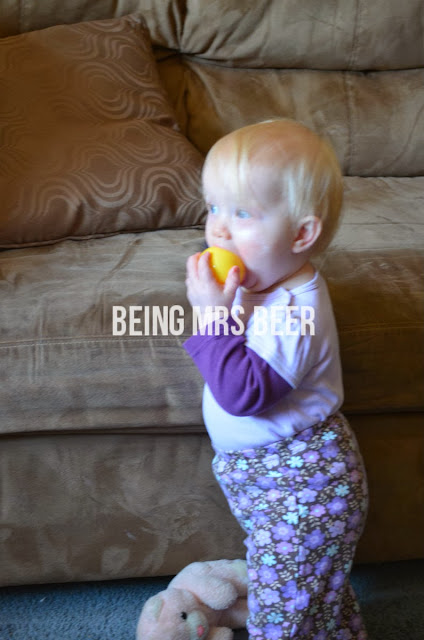 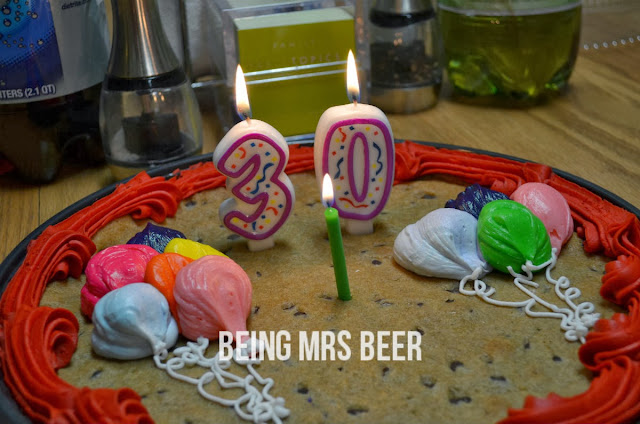 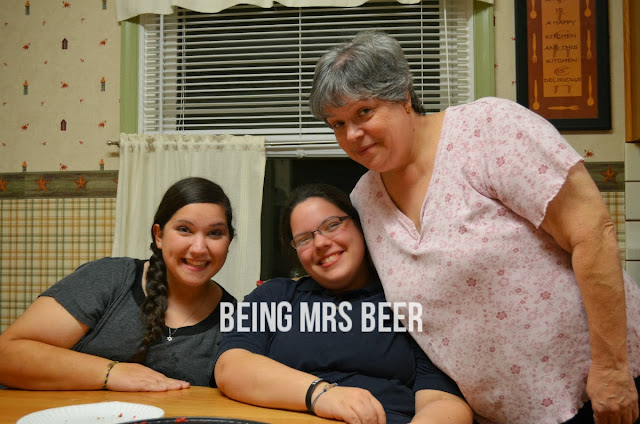 As much as I like weekends, I’m really glad this one’s over – ready for not as much craziness!

Hope you all have a fabulous Monday!