Happy Monday!  This weekend was a busy one for us – it was Abbie’s first road trip.  We drove up to Canastota, NY, where my mother-in-law grew up, for their family reunion.

I have to be honest, I was super nervous about how Abbie would do with such a long car ride.  Without traffic and stops, google estimated the trip at 6 hours and 17 minutes.  Very different from Abbie’s normal 15 minute rides to daycare and the one hour drive to my parents.  The plan was to leave early Friday morning and hope she would sleep more in the car.

We left at 4:15am on Friday, and Abbie did really well!  She went back to sleep for the first part of the drive.  We stopped for breakfast at Cracker Barrel (you know I had to have some hashbrown casserole) along the way, and I sat in the back with her the whole drive.  She napped some more in the late morning, and we got to Canastota about 12:30pm – not bad for several stops for diaper changes and a long breakfast stop! 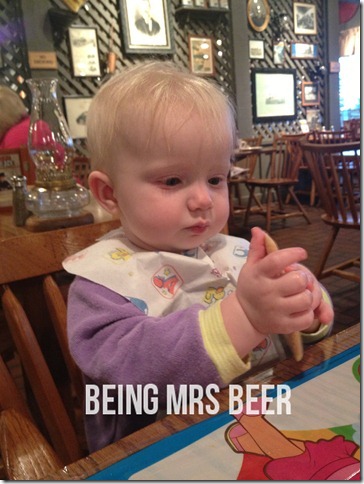 We spent the afternoon resting up from the drive and playing with Abbie in the hotel room, and headed to dinner with Chris’ parents and their friends Pat and Ernie about 6:30.  I think Abbie’s hitting another growth spurt, because she devoured a pouch, some bread, and some spaghetti…but mostly got it all over her face. 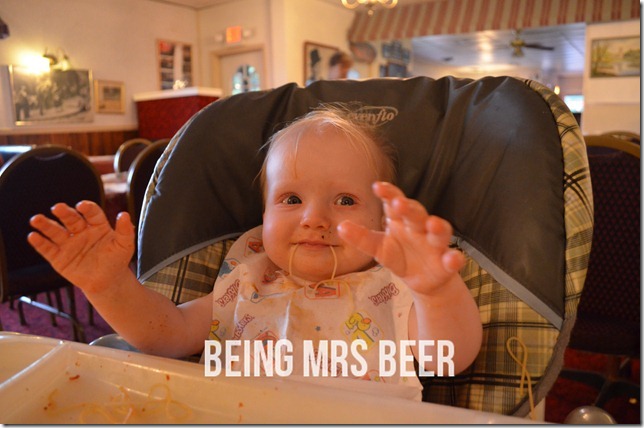 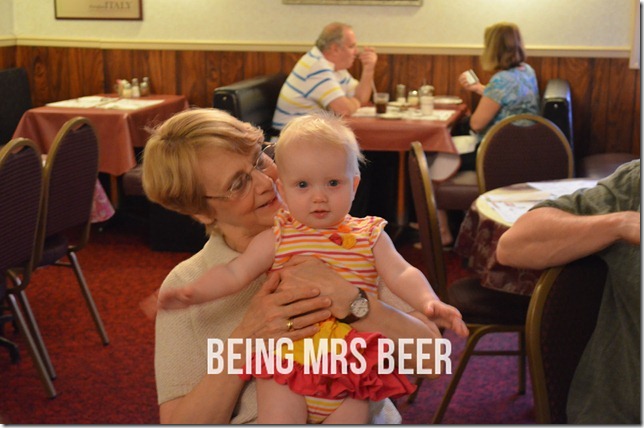 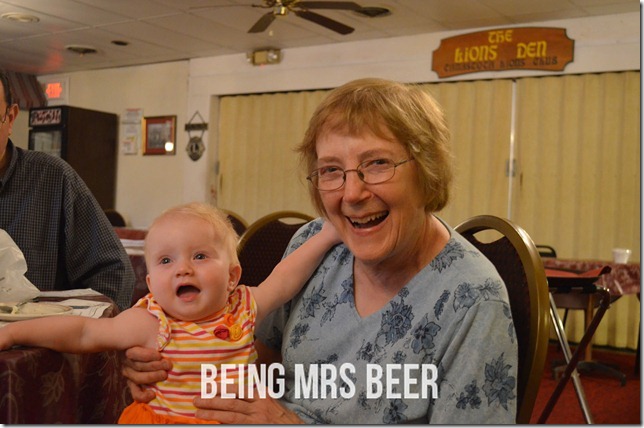 After dinner, we headed back to the room to get Abbie to bed.  I was a little nervous about how well she’d sleep in the pack and play, but she did really well, going to sleep right away and sleeping through until about 4:45am – I wasn’t even upset about how early it was since she slept through the night!

Canastota is a really small town, so we headed out in search of a restaurant, and found a diner in the next town over…along with a Walmart.  After breakfast, we walked around Walmart just for some entertainment.  We’re such suburbanites!  We also picked up some flowers to put on Chris’ grandparents’ graves, and Chris was able to spend a moment there with Abbie.

About 10am, we headed back to get Abbie to nap, and she did…only to wake up 5 minutes later.  Typical.  After some fussing, Abbie finally curled up on Chris herself and took a nap.  It was the sweetest thing. 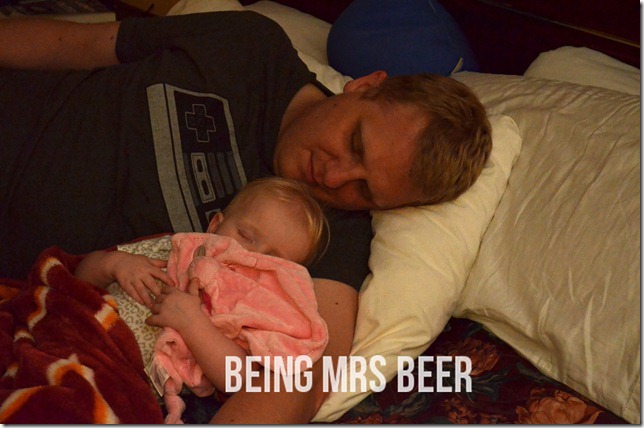 The reunion was held at a lodge about 15 minutes away, and we headed over around 1pm.  Abbie fell asleep on the ride, and since she hadn’t slept much, I sat in the car with her and let her nap while Chris headed inside.  The things you do to get your child to nap, right?  It worked out since it was beautiful out – about 70 degrees, so we just sat there with the windows open.

Once she woke up, we headed inside – everyone was super excited to see us, and to see how big Abbie’s gotten!  Most of them hadn’t seen her since she was 3 weeks old at my brother and sister-in-law’s wedding! 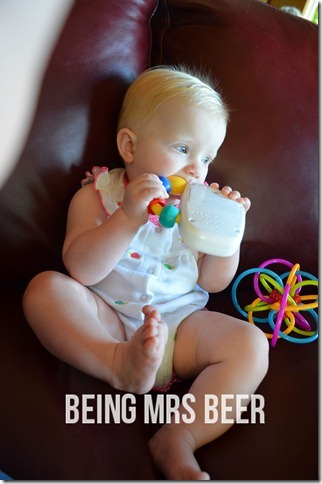 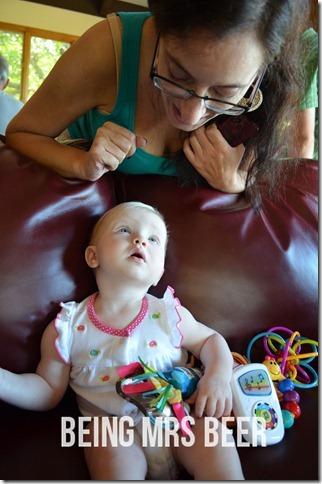 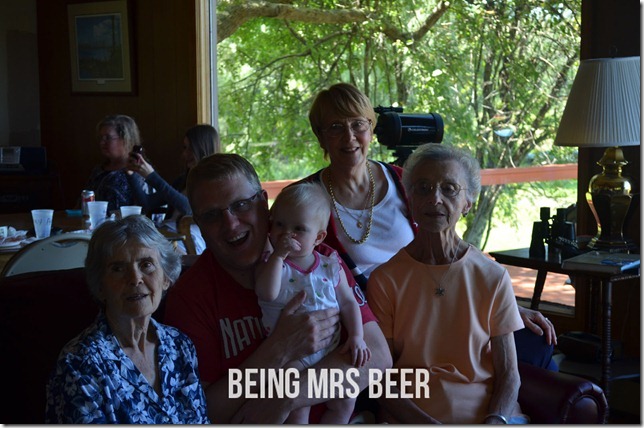 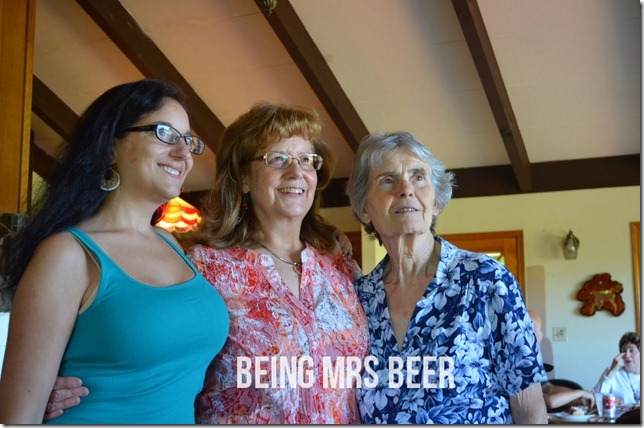 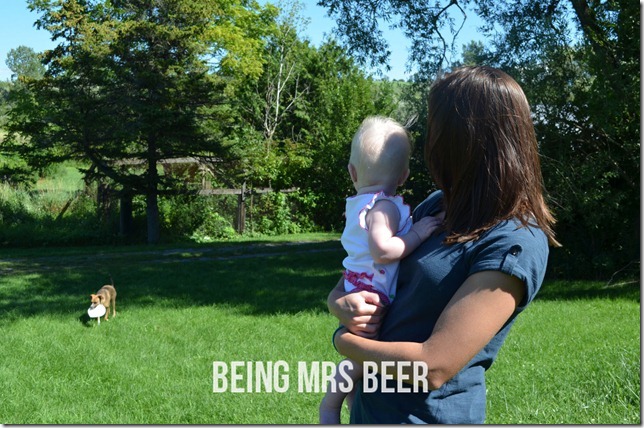 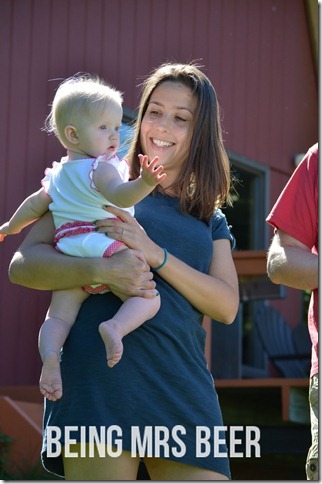 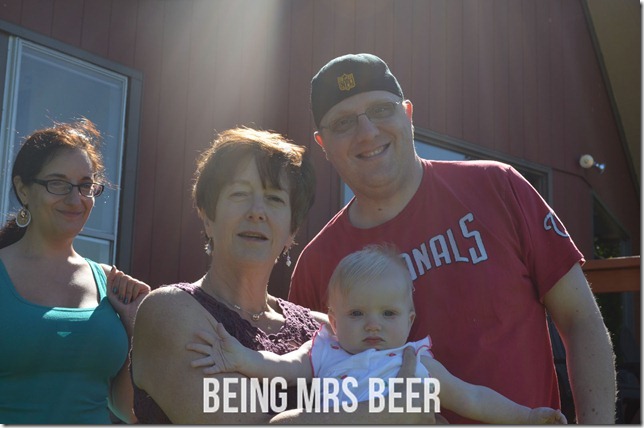 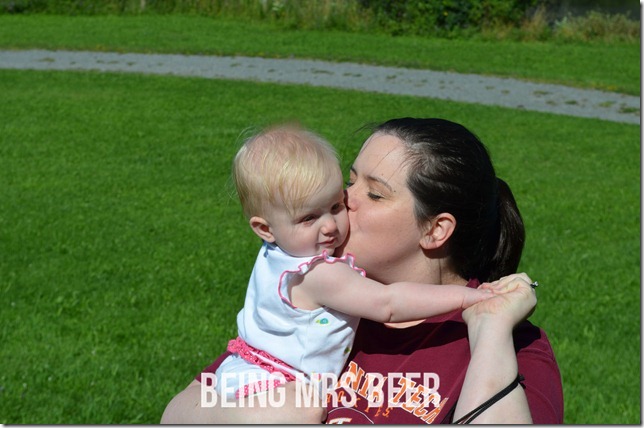 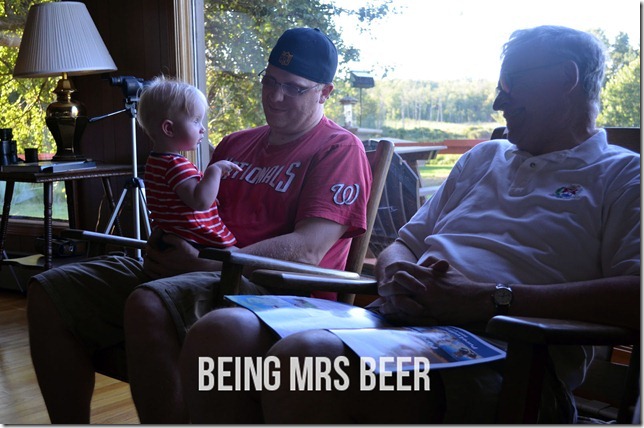 Abbie took another nap (on me this time) while we were there, and at about 7pm, Chris knew it was time to get Abbie back and keep some semblance of her normal bedtime routine.  We said our goodbyes and headed back.  Since we had only eaten lunch there and were hungry for dinner, Chris headed out to grab some pizza for dinner for us.  We turned in pretty early, not long after Abbie was asleep – it was a busy day.

Yesterday, we got up with Abbie about 5:15 and began packing the car – it truly is amazing how much stuff you need to bring for a baby on a trip!  We met Chris’ parents for breakfast at 6, and were on the road at 7:15.  Abbie did amazing on the ride back – two naps and just a little bit of fussiness.  We were home by 3pm (with 3 bathroom stops and lunch), and Abbie was instantly happy when we got home – I think she missed her house! 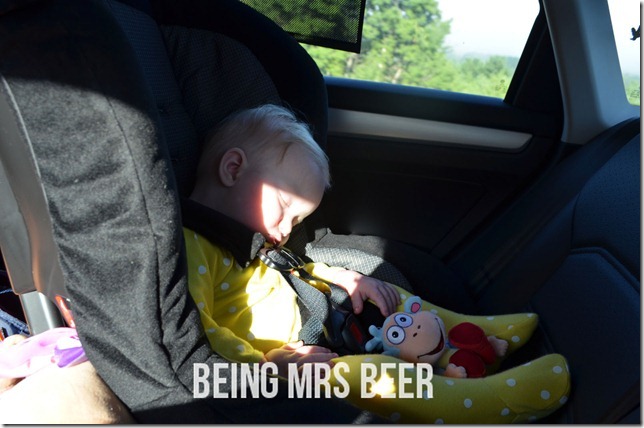 All in all, a busy but fun weekend, and I’ve learned a lot about how to travel with a baby.  Hope you all have a fabulous Monday!